Observing changes in a light echo Full Story Below 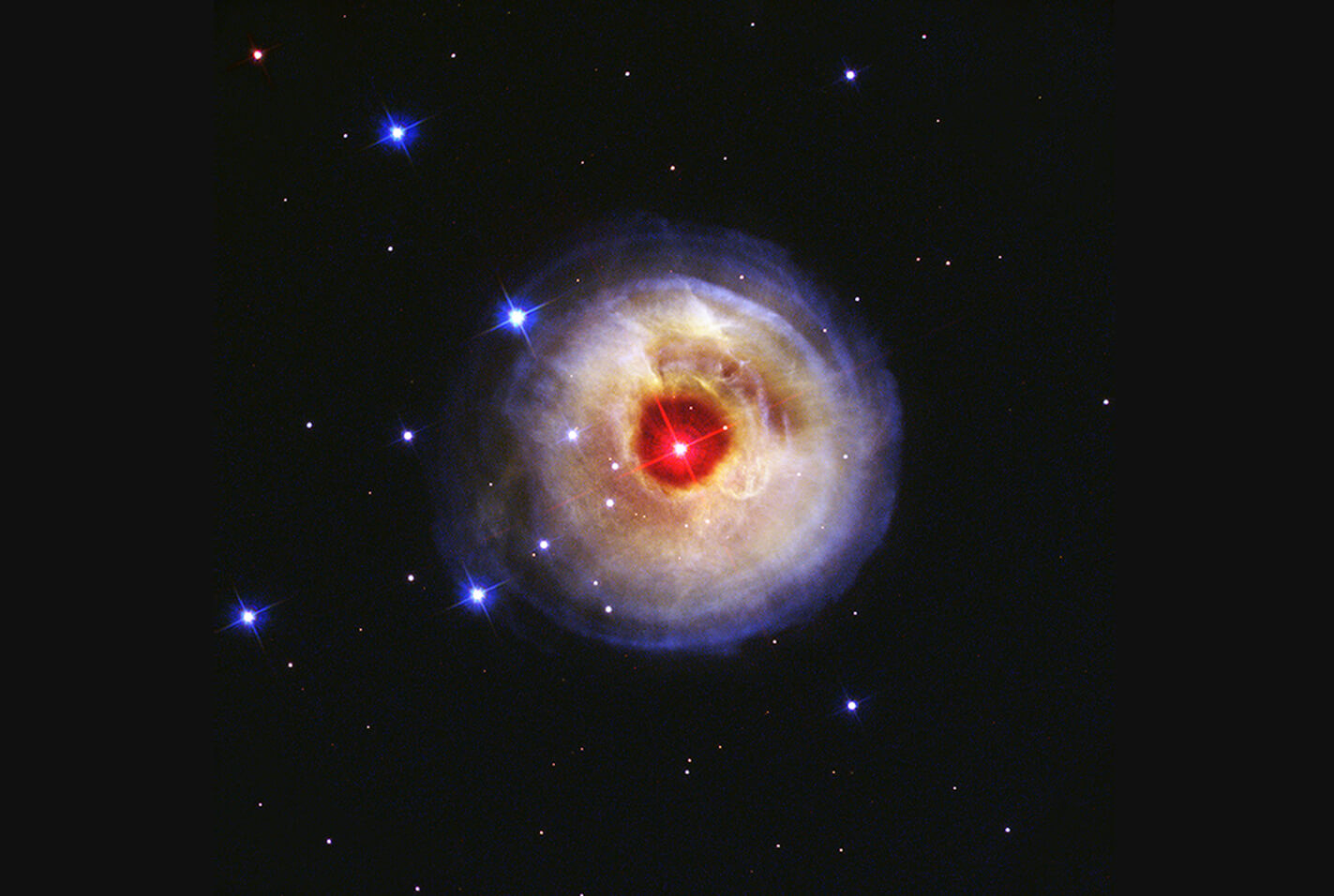 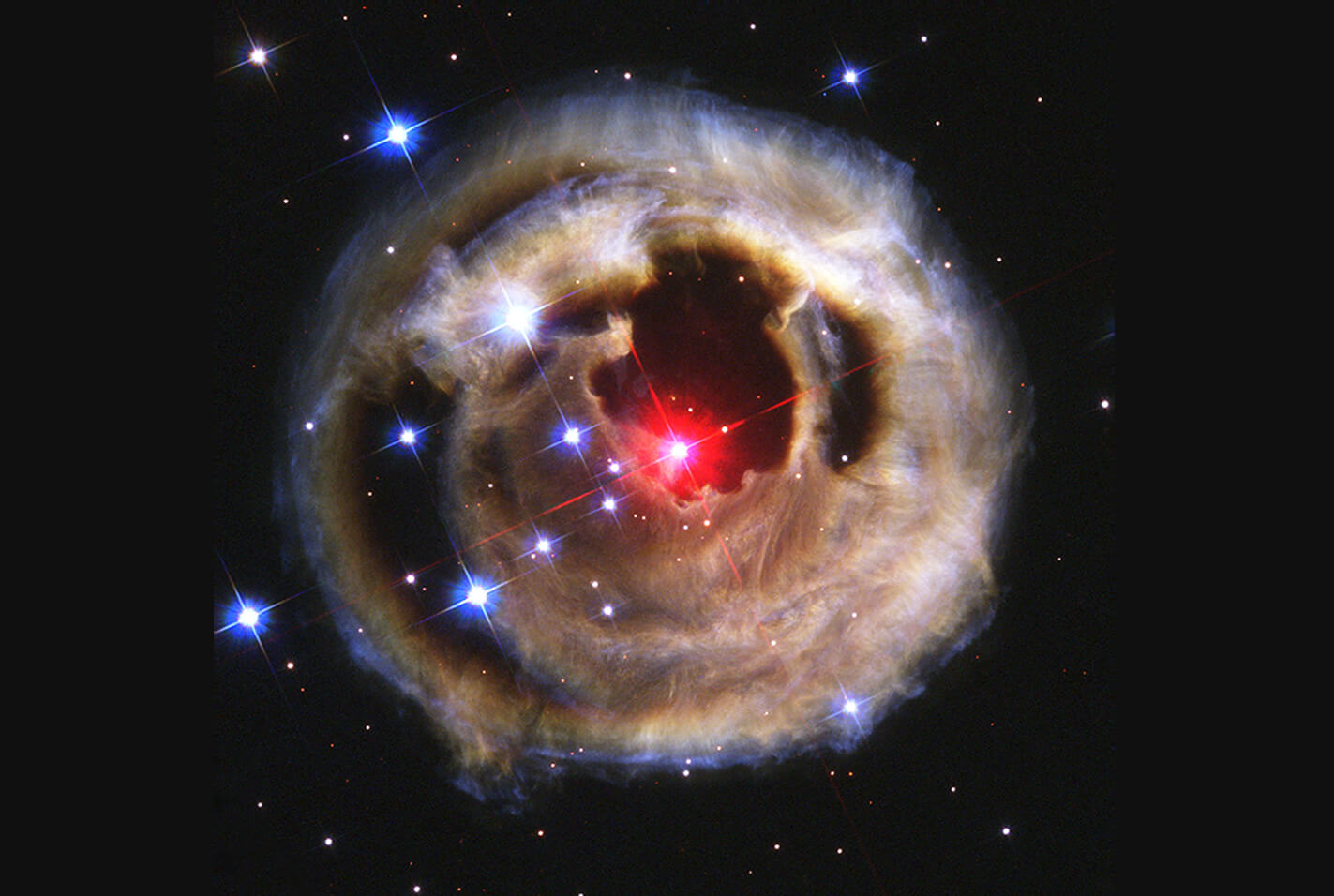 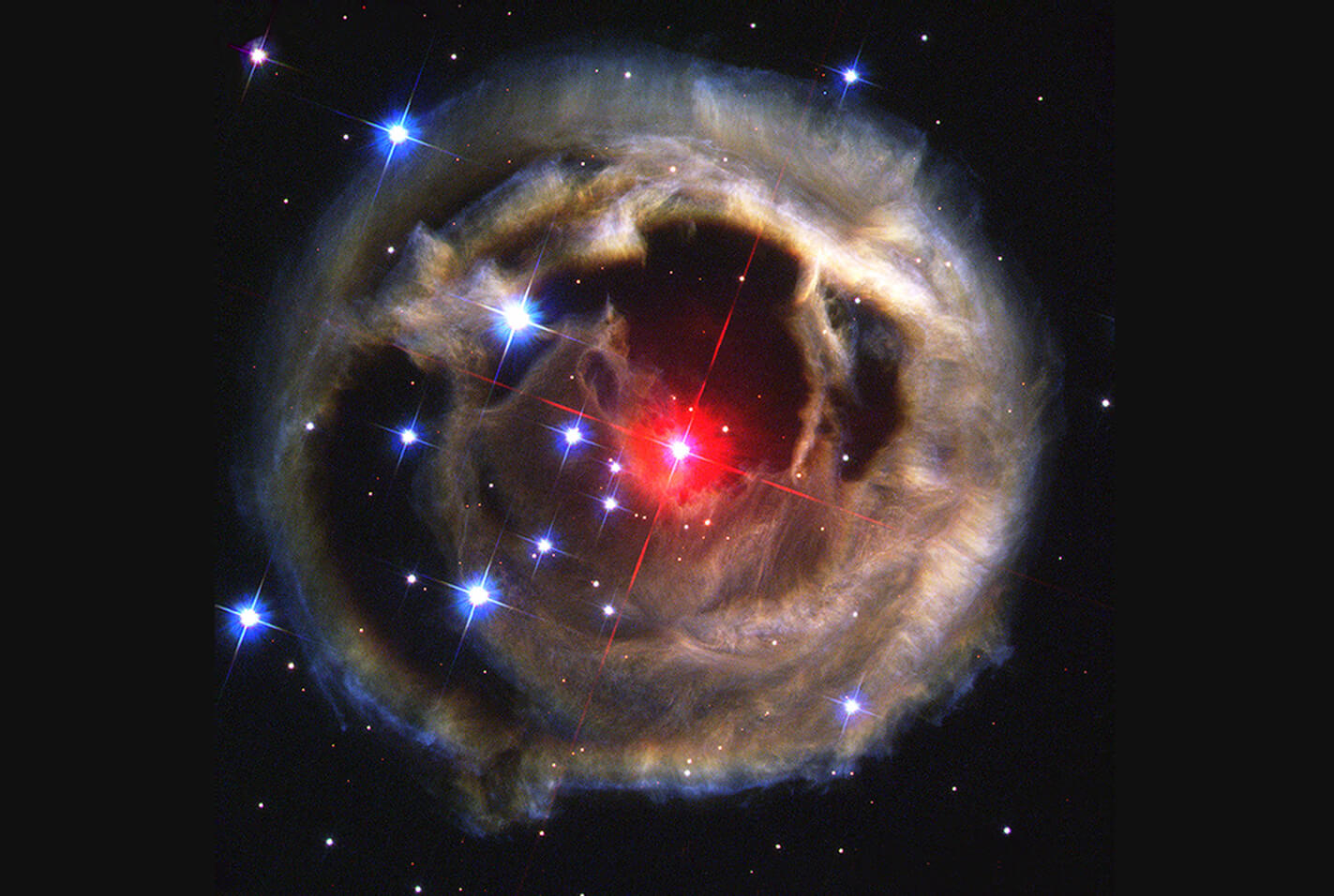 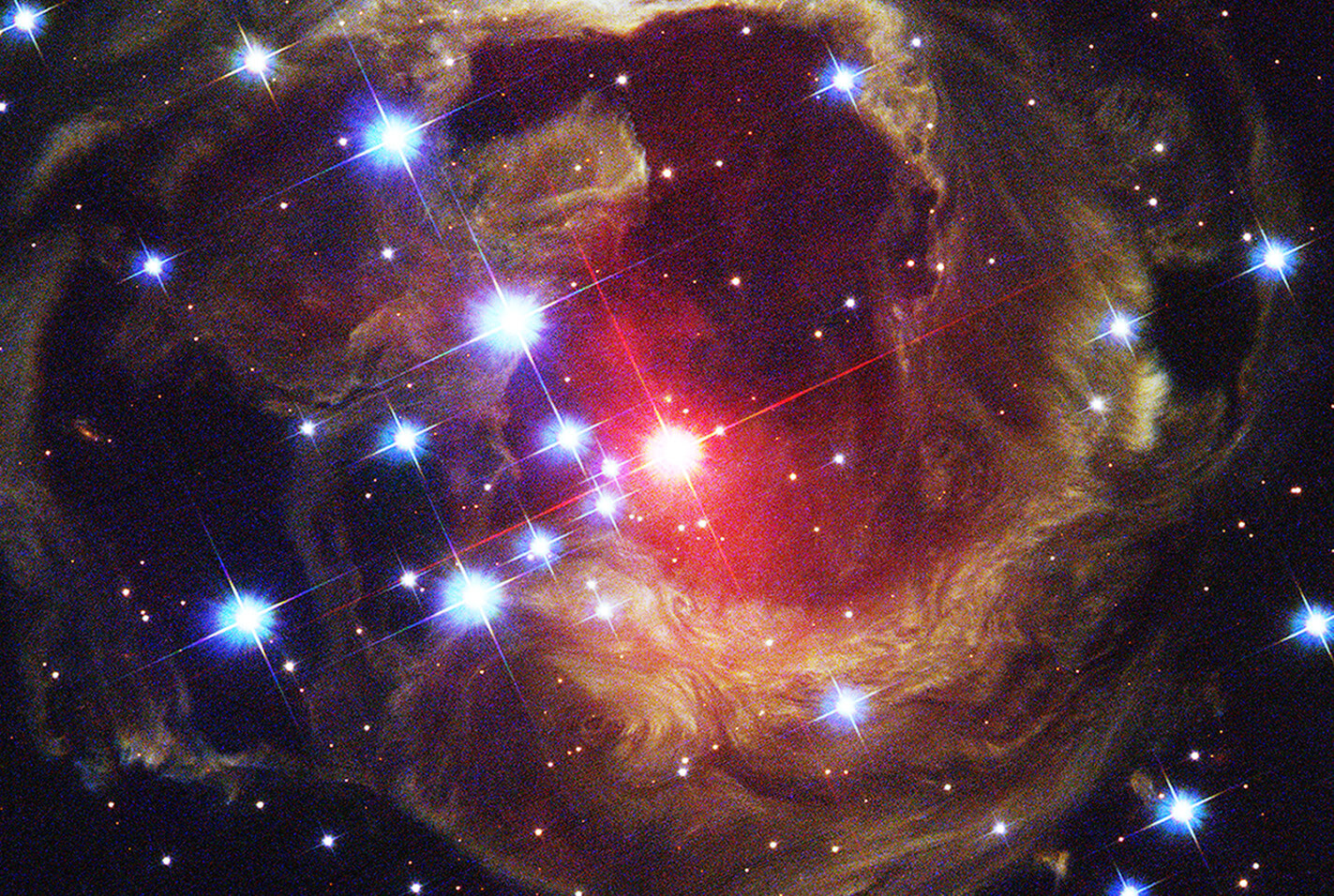 As the central star in V838 Monocerotis suddenly brightened in 2002, its pulse of light illuminated the surrounding dust.

The dust itself is not rapidly expanding, but as the light travels, it illuminates previously ejected dust farther away.

The light reflects or “echoes” off the dust and then travels to Earth, allowing researchers to capture this incredible scene.

As light leaves the areas closest to the star and travels out, the light echo reveals different patterns in more distant dust.

Watching a light echo bounce off dust in real time.

In early 2002, V838 Monocerotis temporarily increased in brightness to become 600,000 times brighter than the Sun. It had erupted several years earlier, which was undetected, but may have been the result of two stars merging within a three-star system. Researchers made repeated observations over several years, allowing them to trace the light as it traveled away from the star and through layers of surrounding dust. Light that was emitted earlier, when the star was hotter, still appears bluer.

As the years progressed and the light spread farther, scientists had to focus Hubble on the object for longer periods: Light intensity of the outburst decreases as it spread out, which is why the stars appear brighter in later images. In astronomical terms, most events typically unfold in millions or billions of years, so observing this light echo was an incredible opportunity to capture significant changes over only a few years.

Location in the sky: Monoceros Constellation

Did you know: An amateur astronomer was the first person to detect the change in this star, enabling professional astronomers to follow up with the Hubble Space Telescope.

AstroPix
Explore images of variable stars across the electromagnetic spectrum

All images from the Hubble Space Telescope: NASA, ESA and H.E. Bond (STScI)