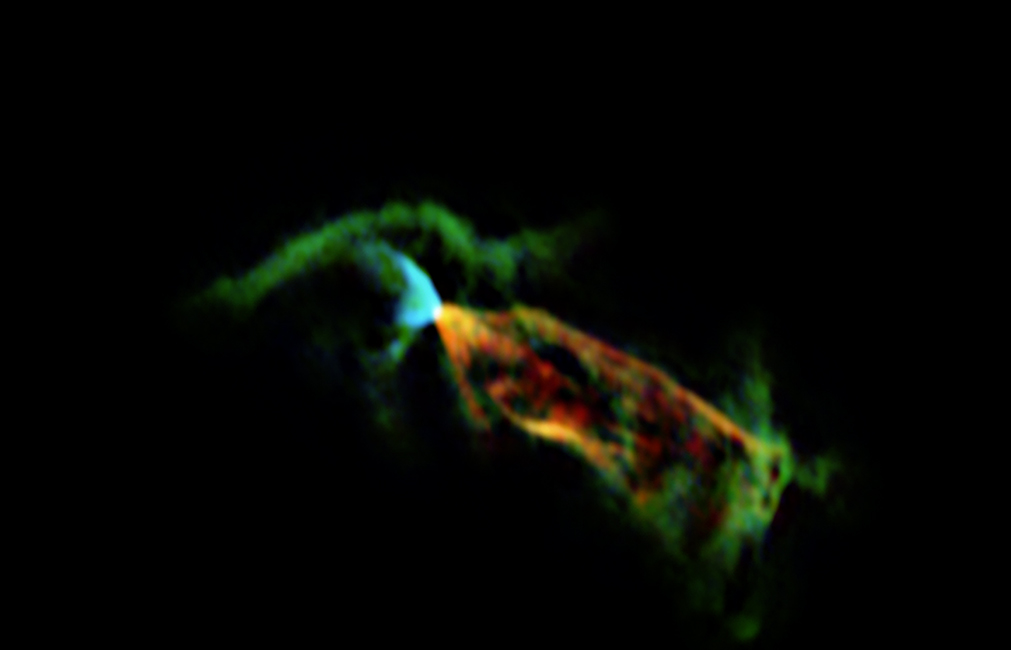 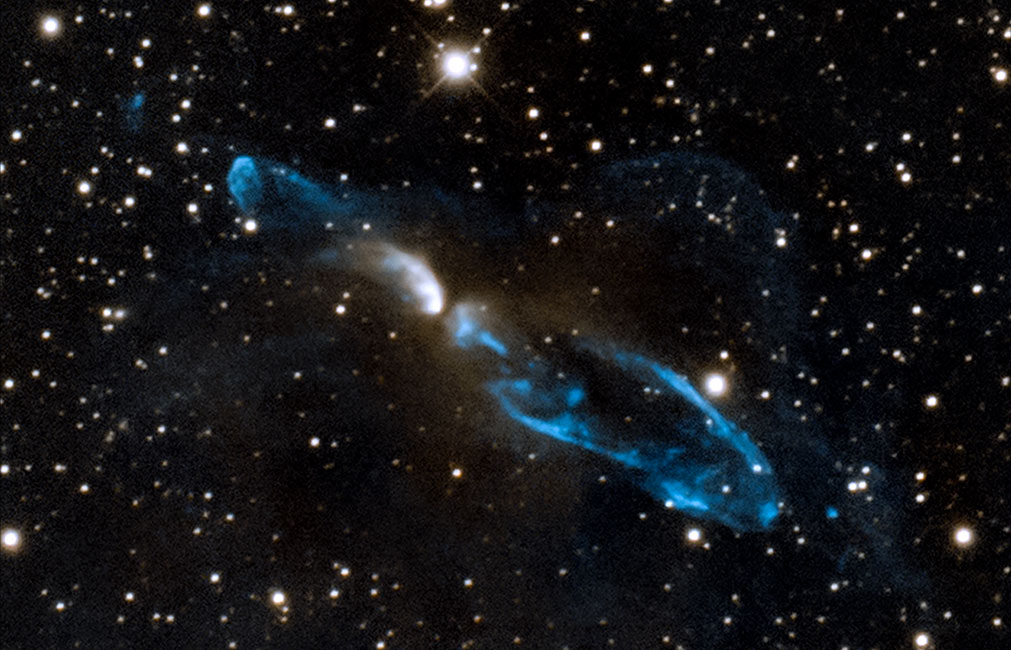 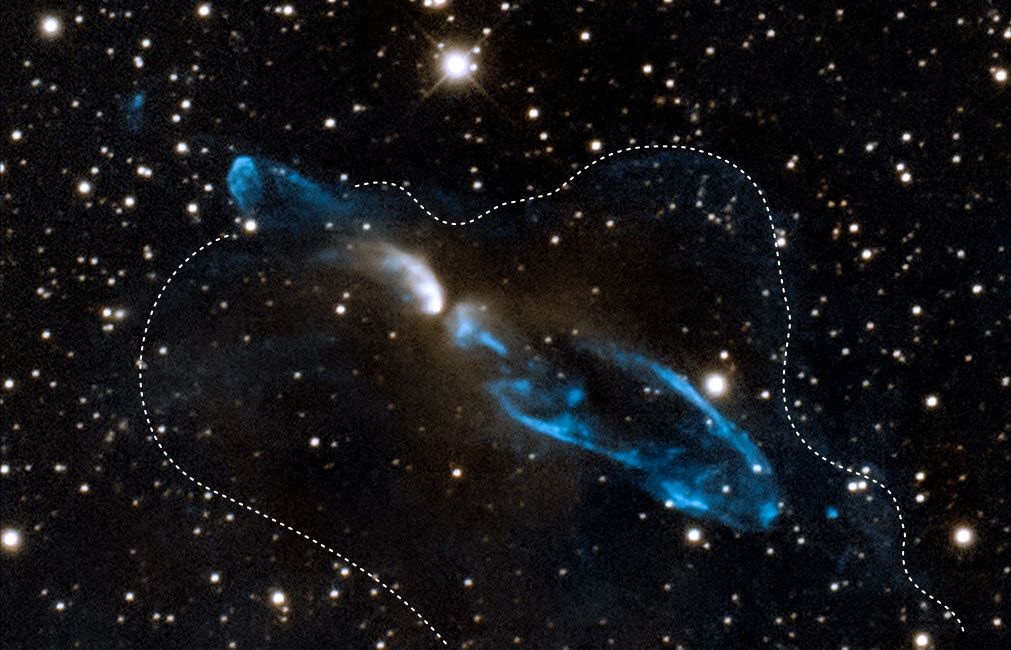 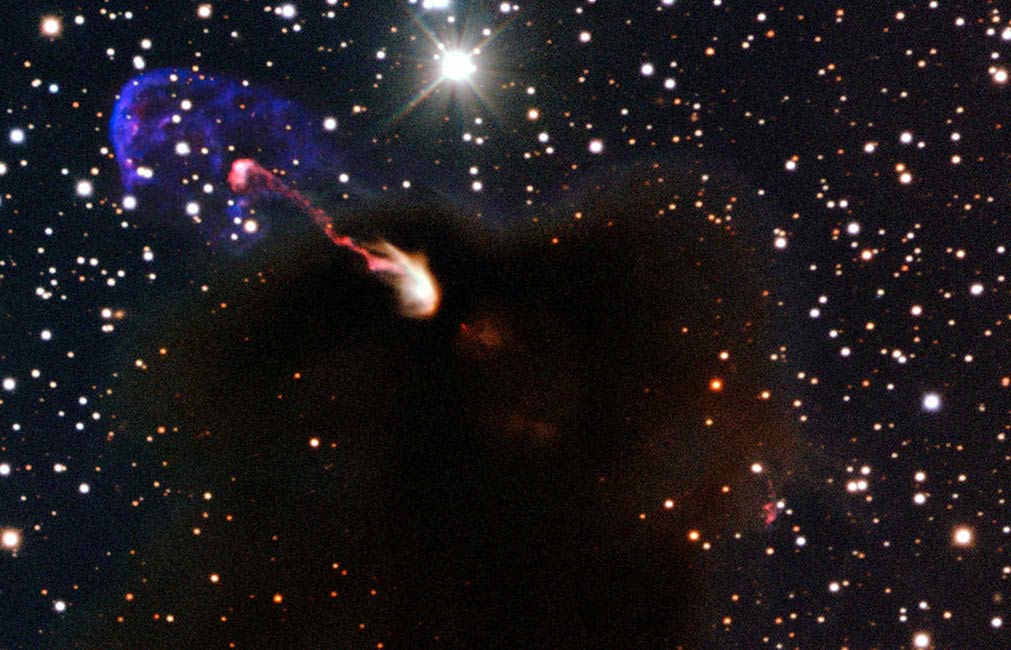 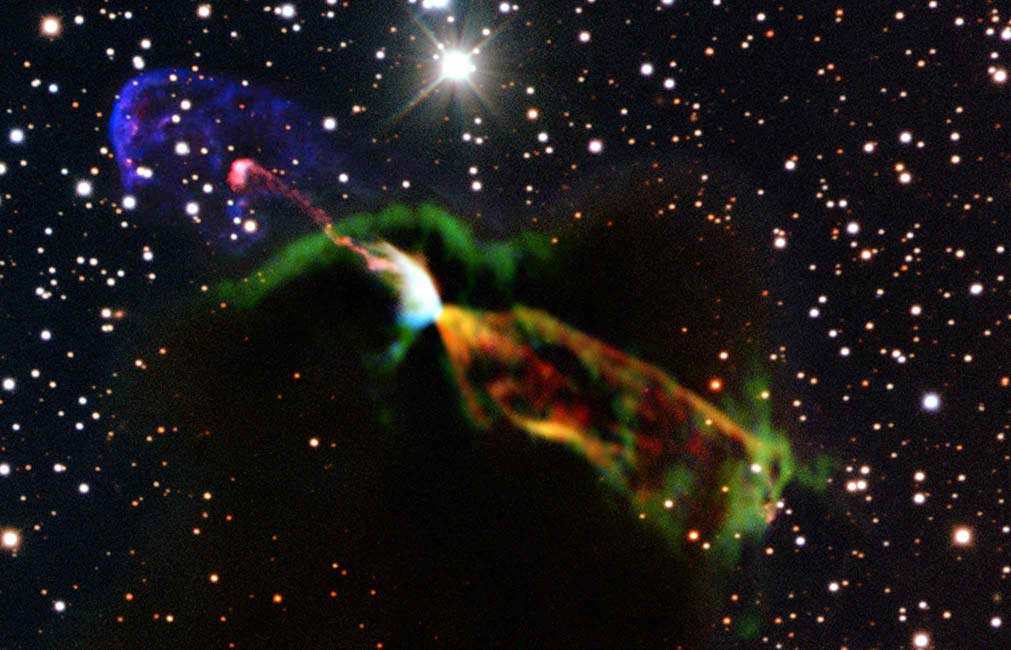 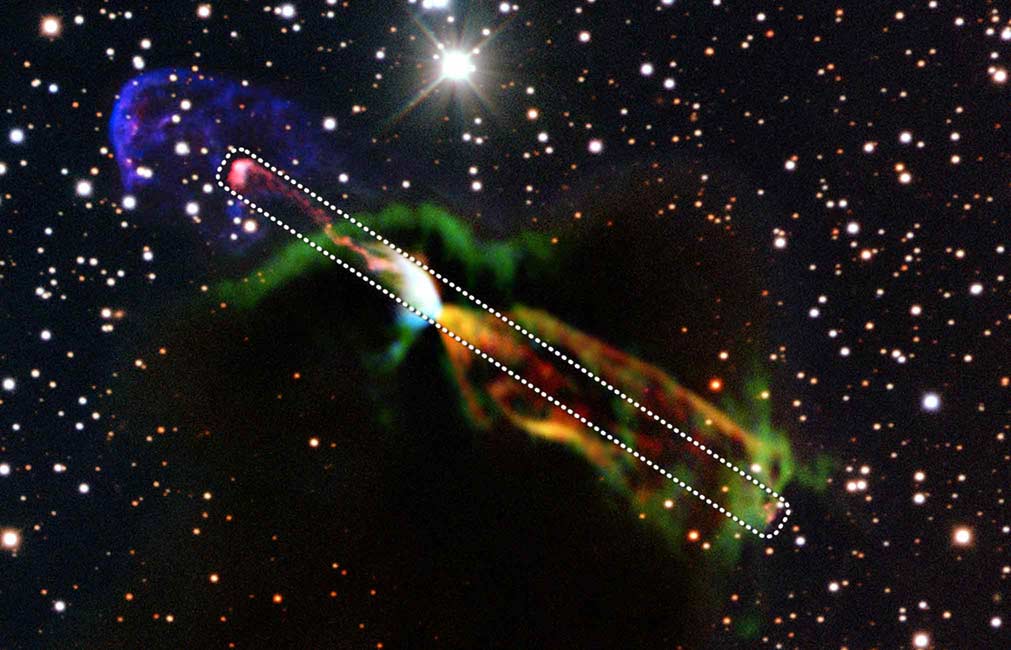 By looking at the coldest gas at the edge of a blown-out cavity, researchers can determine where the jets point.

The central stars and the hot, glowing gas of the inner cavity appear in far-infrared light.

One jet is largely obscured by the dark cloud of gas and dust, and the other results in a blue shock wave.

As two young stars spin, nearby gas flows onto the stars and is launched as opposing jets.

A nearby example of star formation.

Star formation is an ongoing recycling process: Gravity shapes new stars from the gas and dust surrounding them, which is known as a molecular cloud. Once formed, young stars shape the dusty environment around them, blowing gas and dust out of some areas while compressing it in others. In visible light, forming stars are hidden inside thick cocoons of dust, but they emit light at other wavelengths that passes through the dust clouds and can be detected by telescopes, which provide researchers opportunities to study more of the ongoing mechanics at work.

Herbig-Haro objects like HH 46/47 are some of the nearest young stars, which make them ideal laboratories to study star formation. As stars form, they regulate how much material falls onto them from a surrounding cloud of gas and dust in part by sending out jets. HH 46/47 is made up of a pair of forming stars, but they are far enough away from other, nearby stars, which means they can form without the influence of winds from those surrounding stars. Observations across the electromagnetic spectrum, from radio to visible light, allow astronomers to identify and “peer through” HH 46/47’s surrounding molecular cloud. This has allowed them to identify the infrequent, opposing jets its stars send out and study how those jets send shock waves through the surrounding gas.

Location in the sky: Vela Constellation

Did you know: When astronomer Bart Bok made a follow-up observation of HH 46/47 in 1978, he identified the jets ejected by these forming stars for the first time.

Astroviz
Flight through the Orion Nebula in Visible and Infrared

Universe Unplugged
A Star is Born!