The aftermath of a star’s explosion Full Story Below 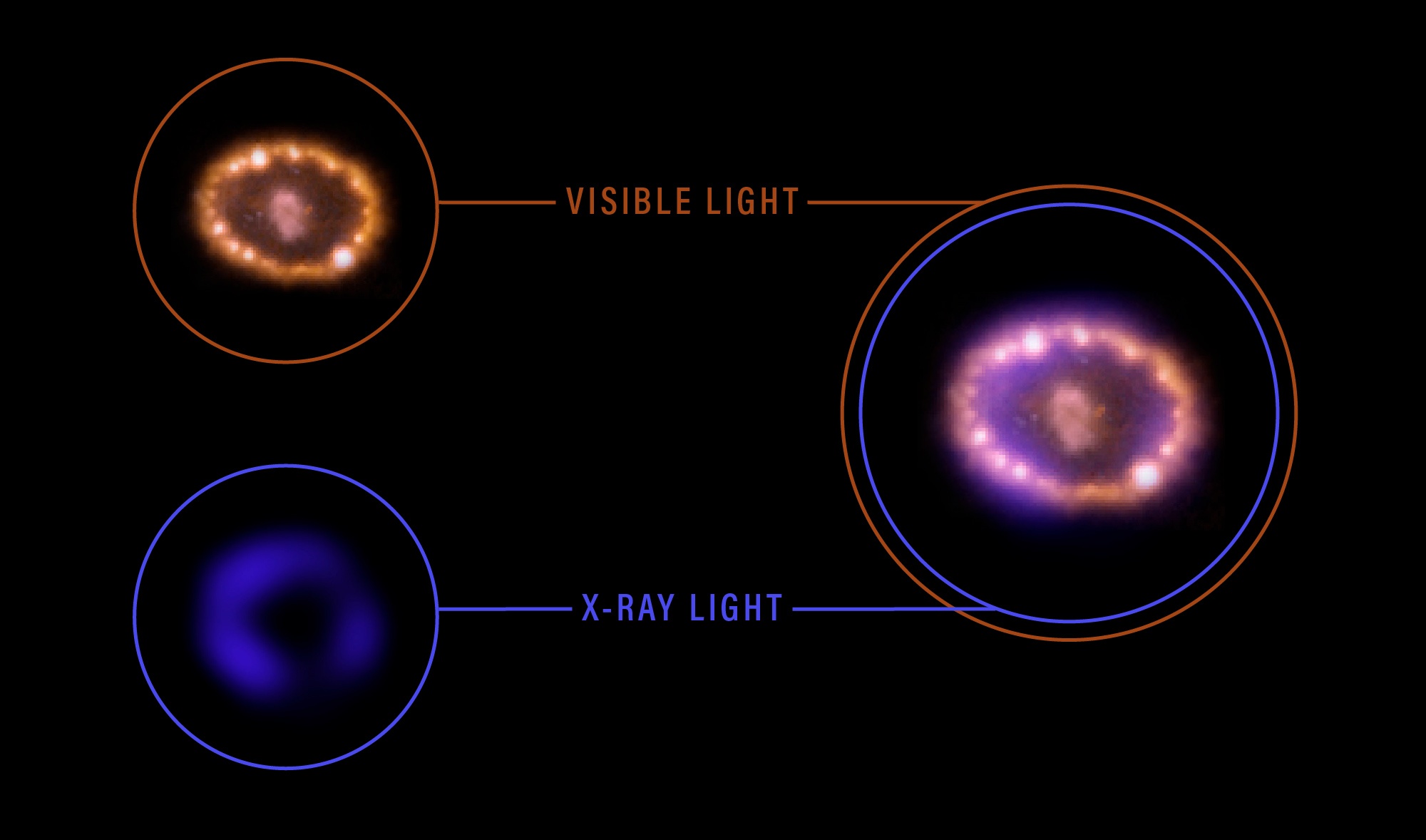 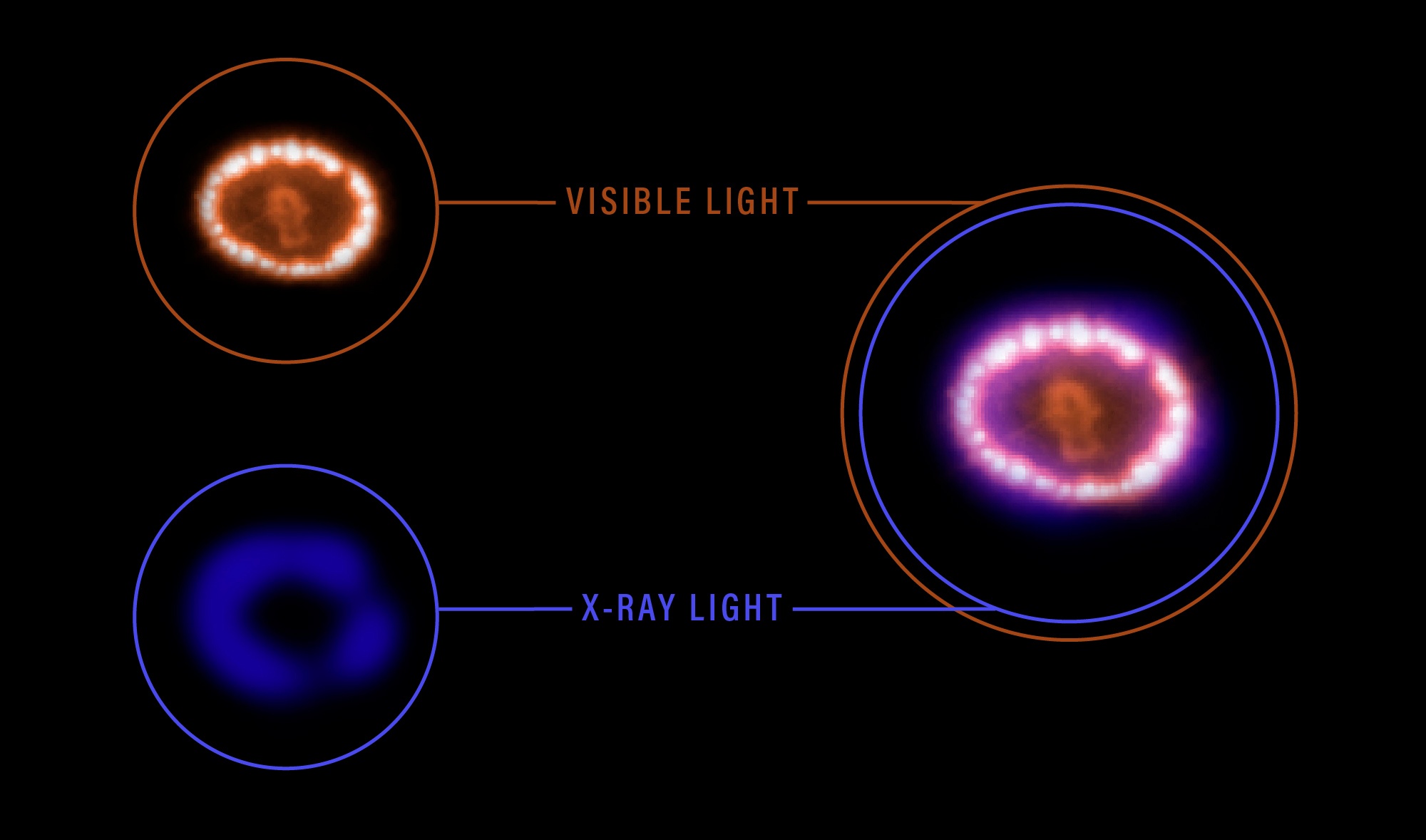 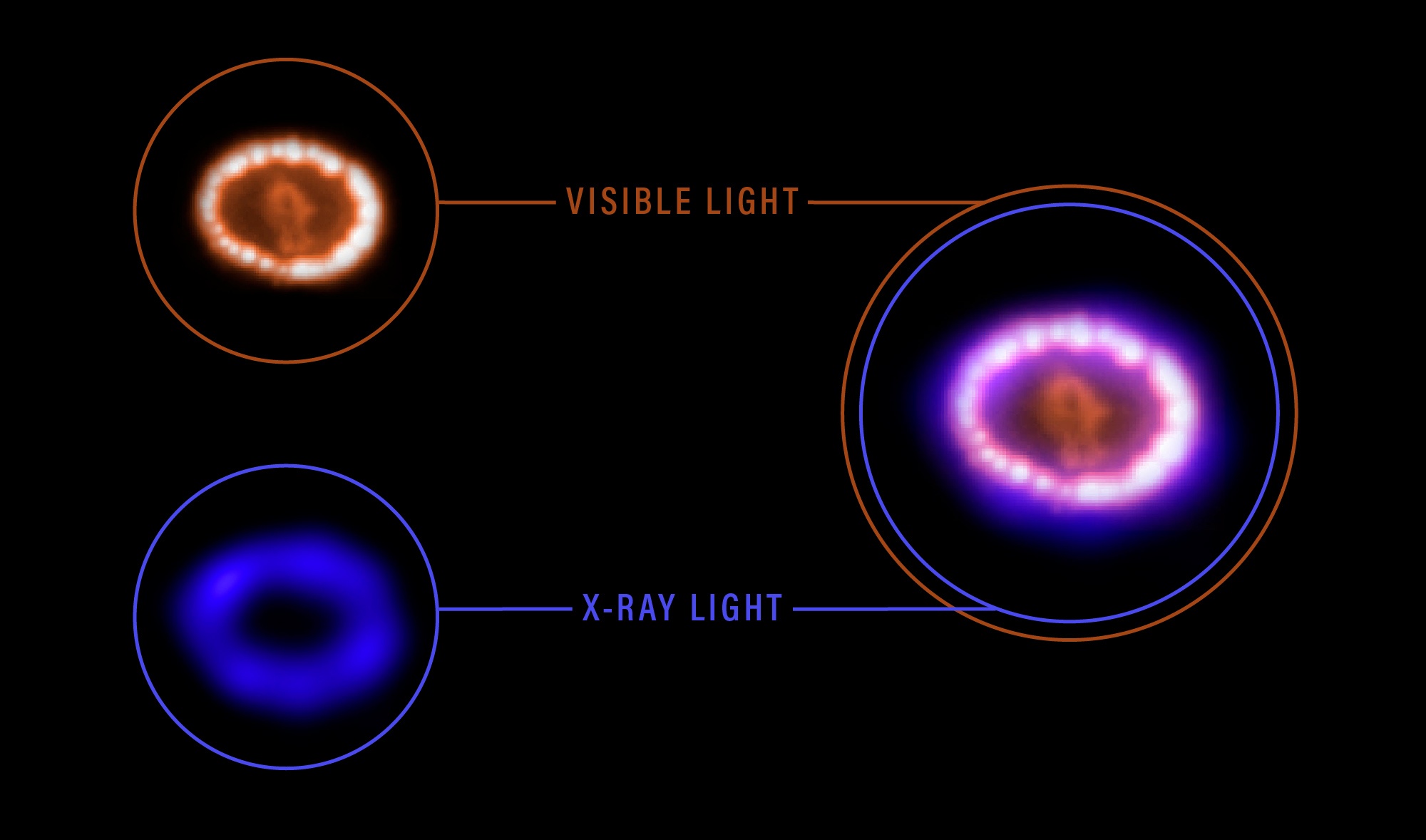 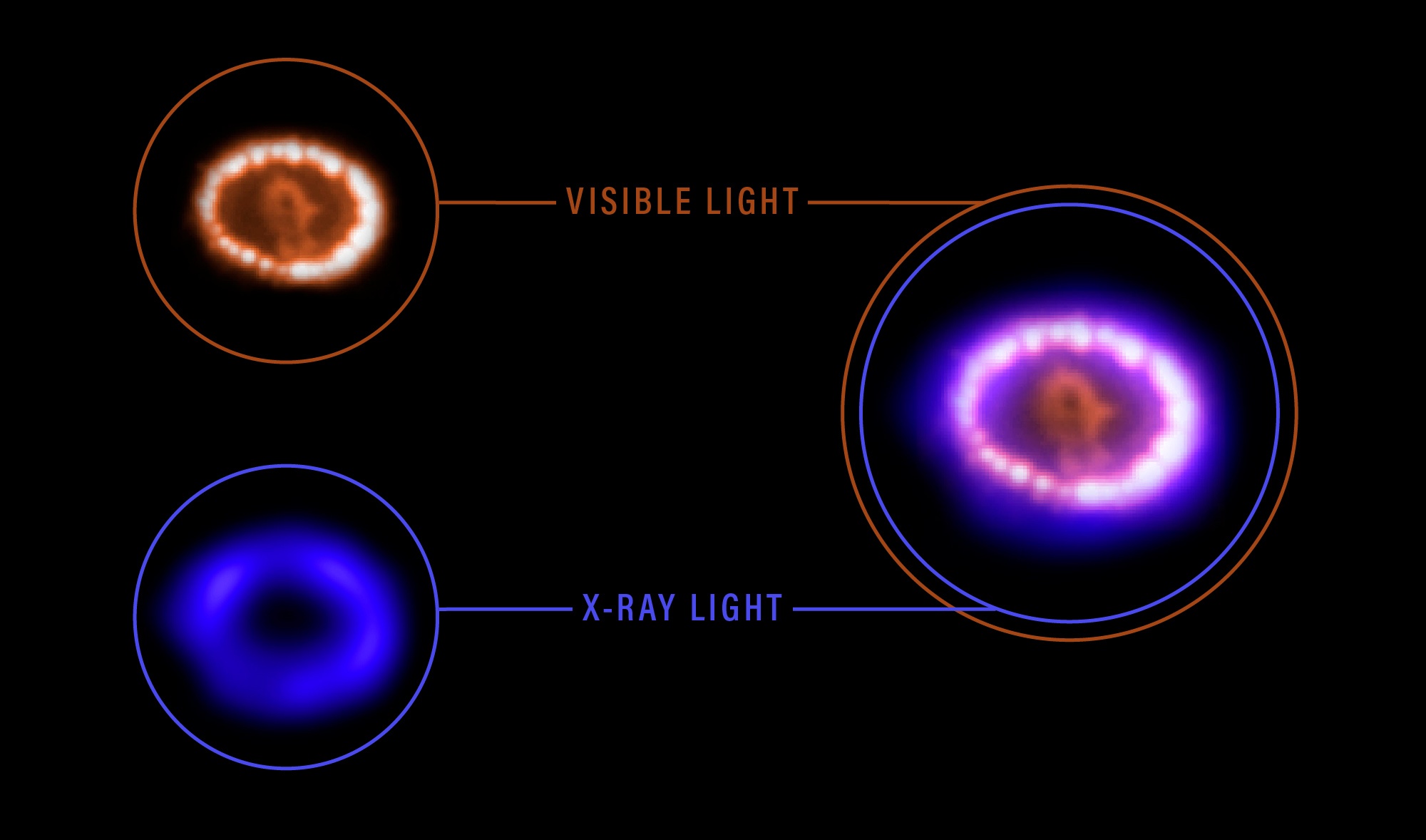 A nearby supernova has allowed researchers to capture the events as they unfold on a very short time scale.

A blast wave from the supernova explosion plows into previously ejected material from the central star, causing it to light up.

As the blast wave passed through the expanding ring of gas, its knots become hotter and brighter.

While the blast wave moves beyond the dense ring of gas, visible light emitted by the knots of heated gas will continue to fade.

Although some stars die slowly, giving off puffs of gas and dust before collapsing to form small white dwarf stars, much larger stars die suddenly in powerful explosions known as supernovas. The dying stars blast gas, dust, and energy out in all directions as they collapse to form tiny neutron stars or black holes. The gas and dust expelled by supernovas eventually combines with the remains of others to form new stars, planets, and moons.

More than 20,000 years before it exploded, the massive star that was at the center of Supernova 1987A began puffing off its outer layers of gas. When the star exploded, a flash of ultraviolet light energized the gas in the ring, making it glow. The supernova remnant’s ring is roughly a light-year across. By observing supernova remnants like Supernova 1987A over many years and in many types of light, researchers are able to better understand what happens to massive stars at the end of their lives, including what has happened to the matter and energy that made up the star.

In the slides above, Supernova 1987A is displayed in three images to show changes over time and allow comparison of what each type of light shows: At top left is the visible light view and at bottom left is the X-ray light image. A multi-wavelength image that combines visible and X-ray light appears at right.

Location in the sky: Large Magellanic Cloud in the Dorado Constellation

Did you know: Since it was detected in 1987, researchers have observed Supernova 1987A with several telescopes, which has allowed us to trace how its gas, dust, and elements change over time.

Astroviz
A supernova over the course of twenty years