How a spectrum unravels light Full Story Below 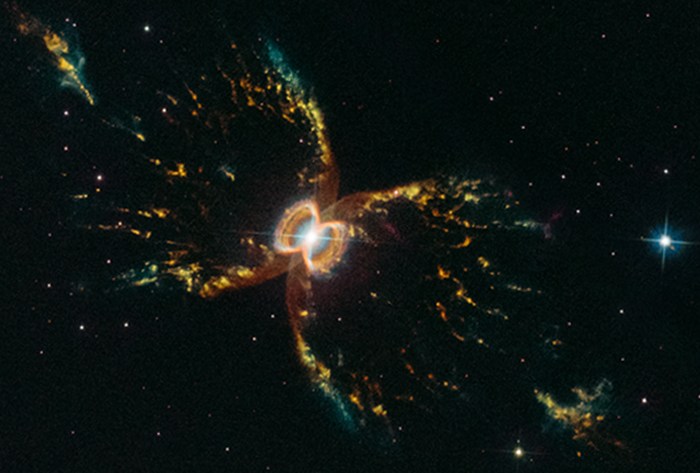 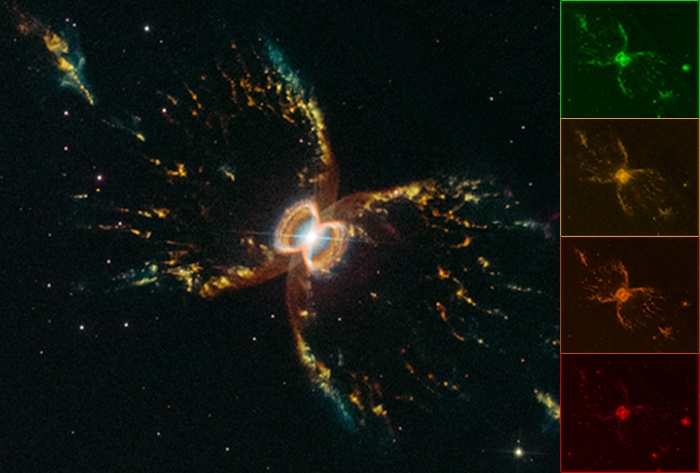 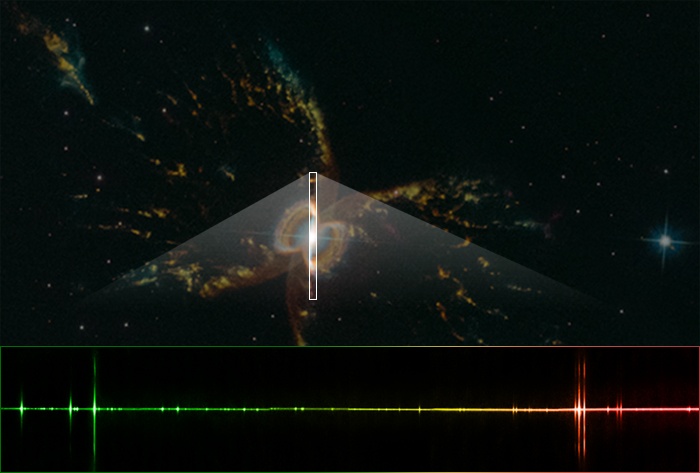 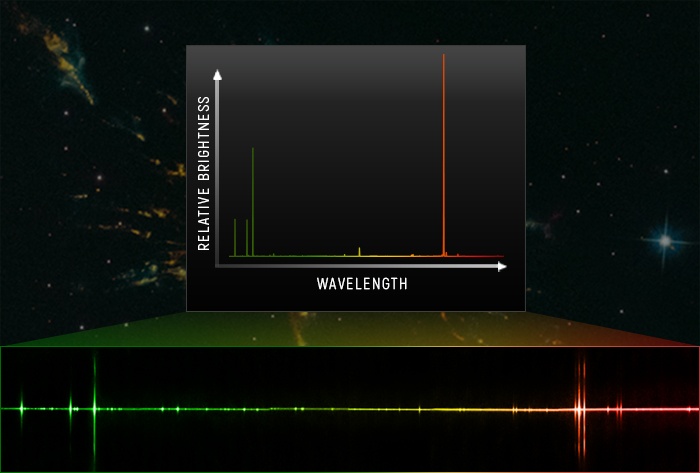 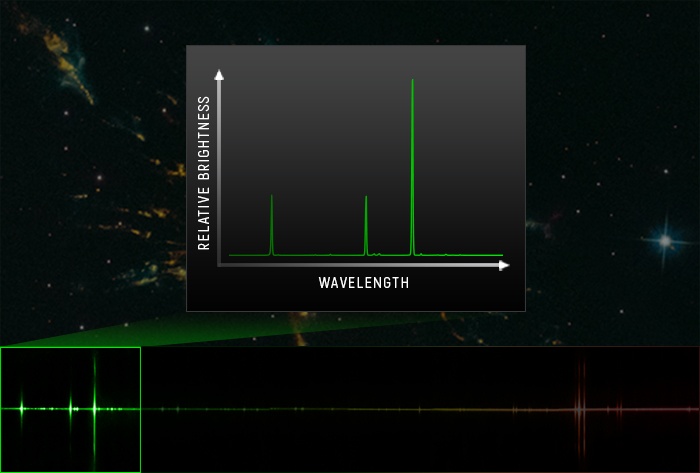 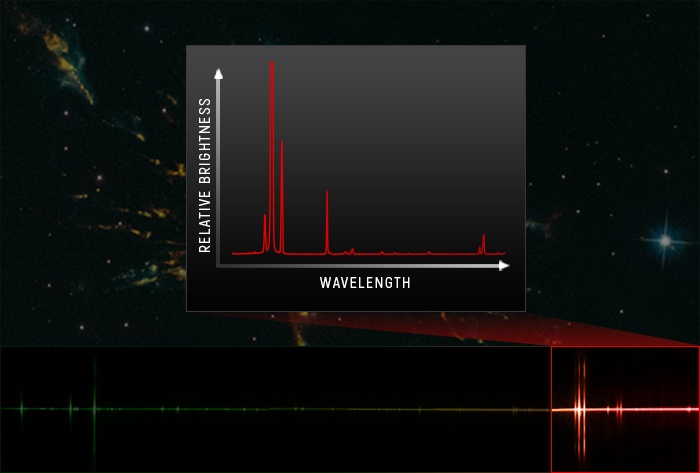 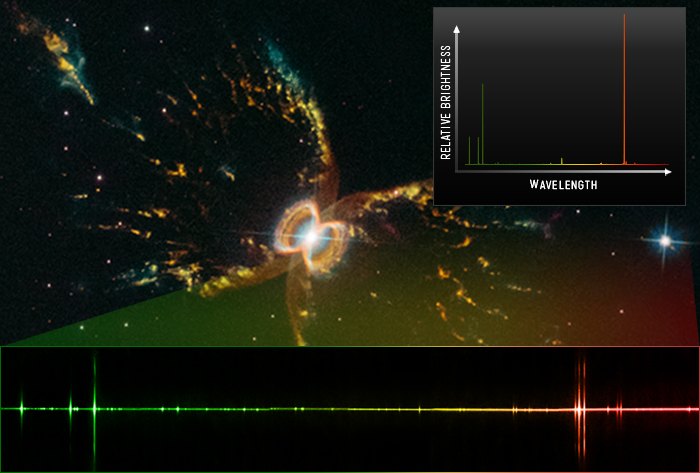 An instrument inside a telescope captures light from a small part of the nebula and spreads it out into its individual colors.

Astronomers can measure the amount of light emitted at each color (wavelength) and display it in a plot, called a spectrum.

Bright peaks in this spectrum are not all the same brightness, an important detail for astronomers.

A complete spectrum shows the brightness of each color (wavelength) and can reveal details about the nebula that an image cannot.

By using spectra to unravel light, scientists learn more than they can from a picture alone.

Light is packed with information! By using specialized instruments on telescopes, researchers can spread out light into a rainbow (known as a spectrum) to analyze its properties and learn about objects in the universe. When materials interact with light or emit their own light, properties of that material are stamped on the light. This “stamp” is like a fingerprint for each element and molecule. By examining the intensity of light, or lack thereof, in each color, scientists can work backward to infer the properties of the material that left their stamp on the observed rainbow. These data reveal important details about the makeup of atmospheres of exoplanets, the temperatures of stars and nebulae, the motion of galaxies, and more.

Scientists turned the Hubble Space Telescope toward the Southern Crab Nebula to learn about its complicated structures. The nebula appears to have three, nested, hourglass shapes that were likely sculpted by dense winds from a red giant star as it and a white dwarf whirled around one another in a close orbit. The winds moved at speeds of hundreds of miles per second through a pair of cone-like openings, like rocket exhaust. These winds rammed into and displaced much slower gas upstream, pushing it into the edges of the hourglass lobes that we see today. This may have happened repeatedly, creating the multiple pairs of hourglasses.

The multicolor image is a composite of four monochrome images. The image shows structural information, but it cannot identify which elements are the source of the light. Astronomers separated the light from the nebula into its component colors, creating a spectrum to study the nebula’s properties. A spectrum unravels the light and enables more detailed research on the nebula’s composition, temperature, density, and velocity of the gas. Images and spectra are partners in the investigation of the universe. A picture is worth a thousand words, but a spectrum is worth a thousand pictures!

Size: About 4.4 light-years across

Did you know: The aging red giant in the center of this nebula periodically expands and contracts in size, causing a change in its brightness every 400 days.

NASA’s Universe of Learning
A spectrum is a rainbow, but not like any you’ve seen

Spectra from the Hubble Space Telescope: NASA, ESA, and T. Monroe and A. Pagan (STScI)