Merger with Andromeda Full Story Below

Future of the Milky Way Interactive 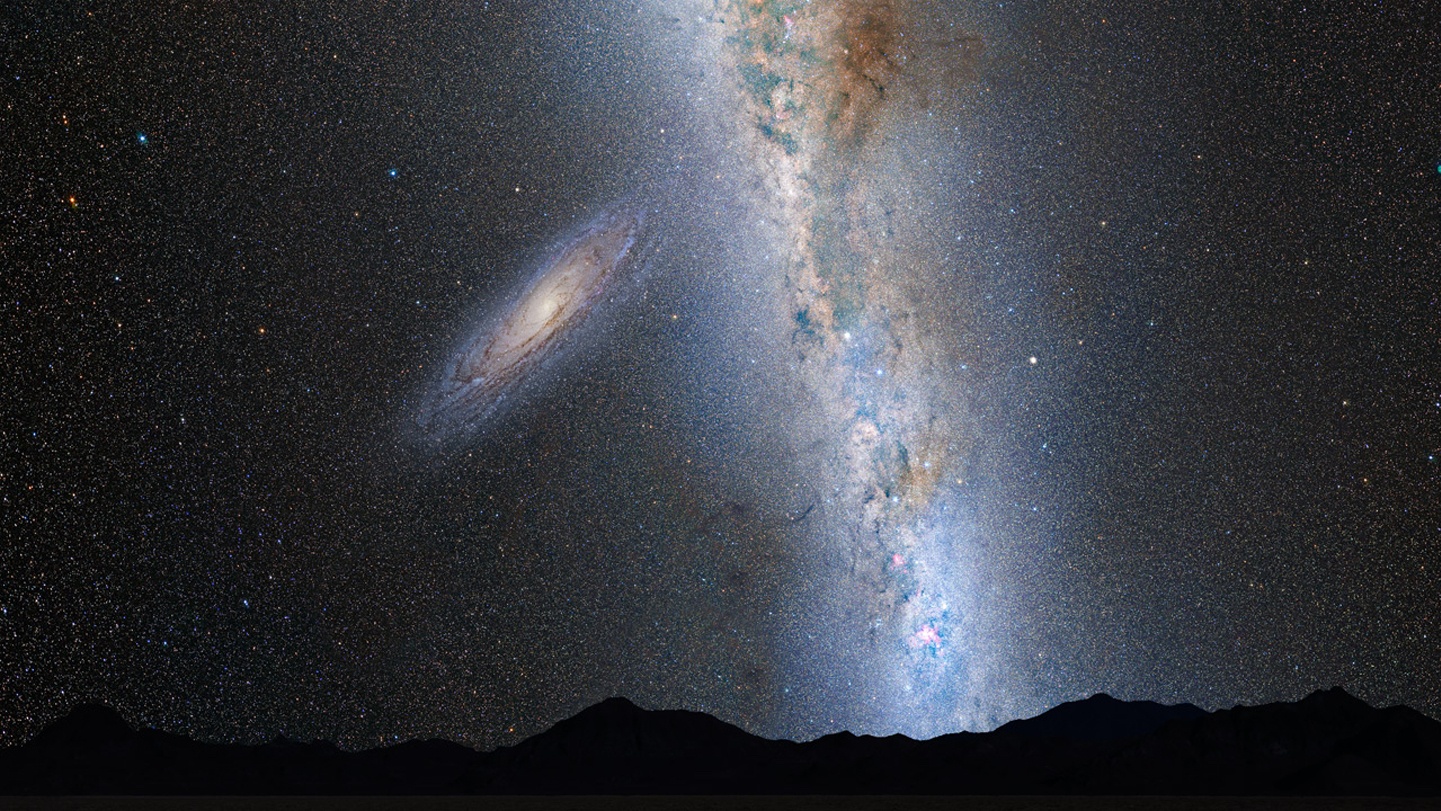 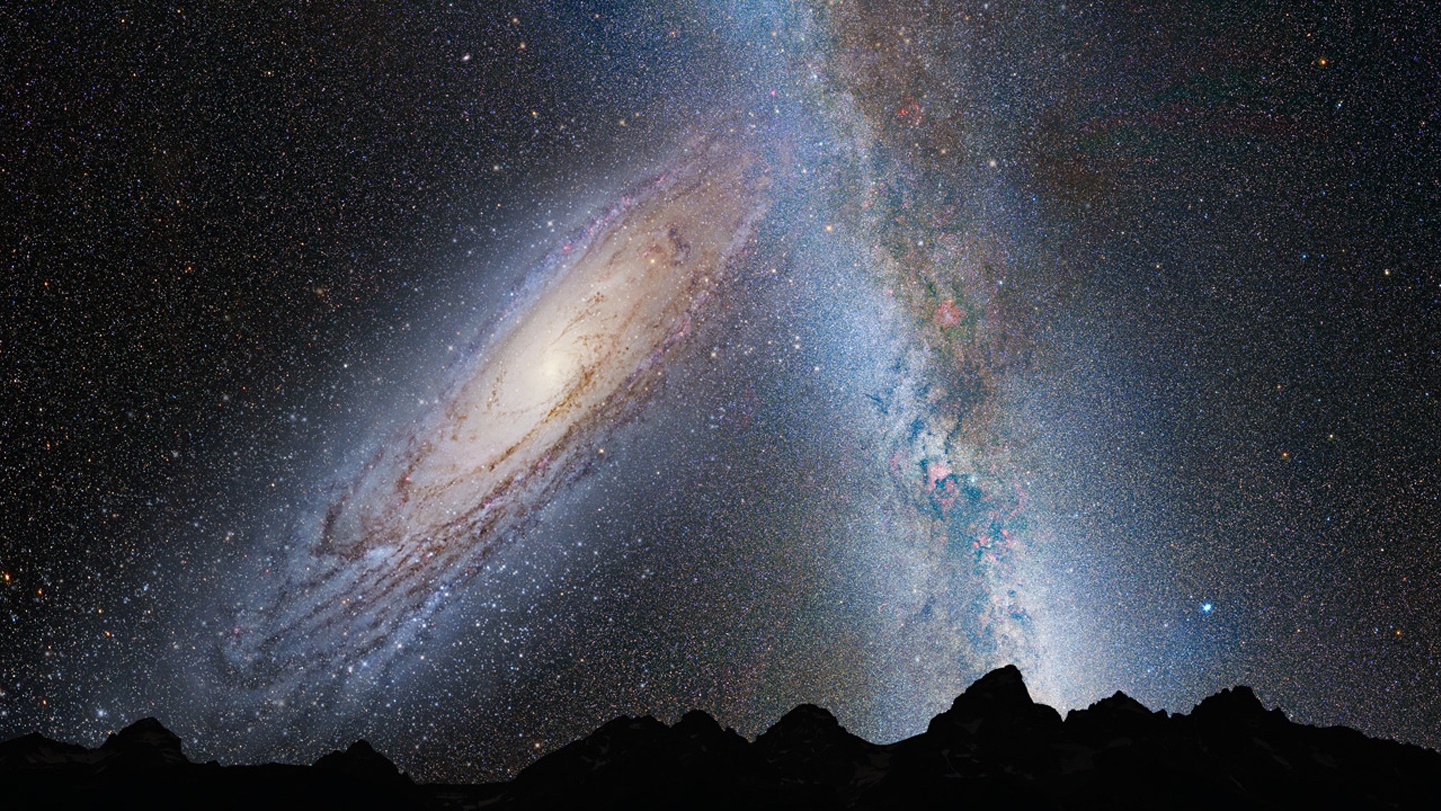 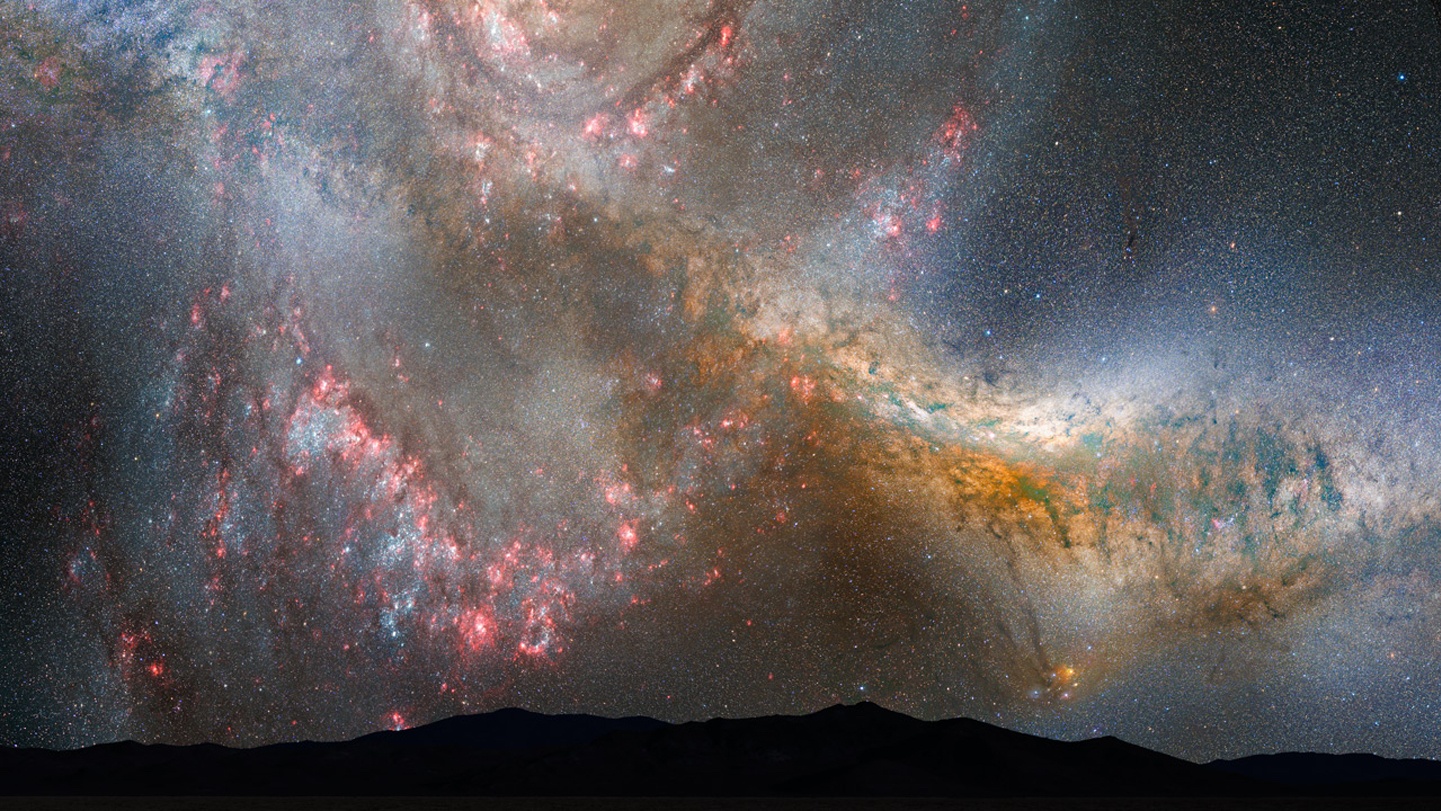 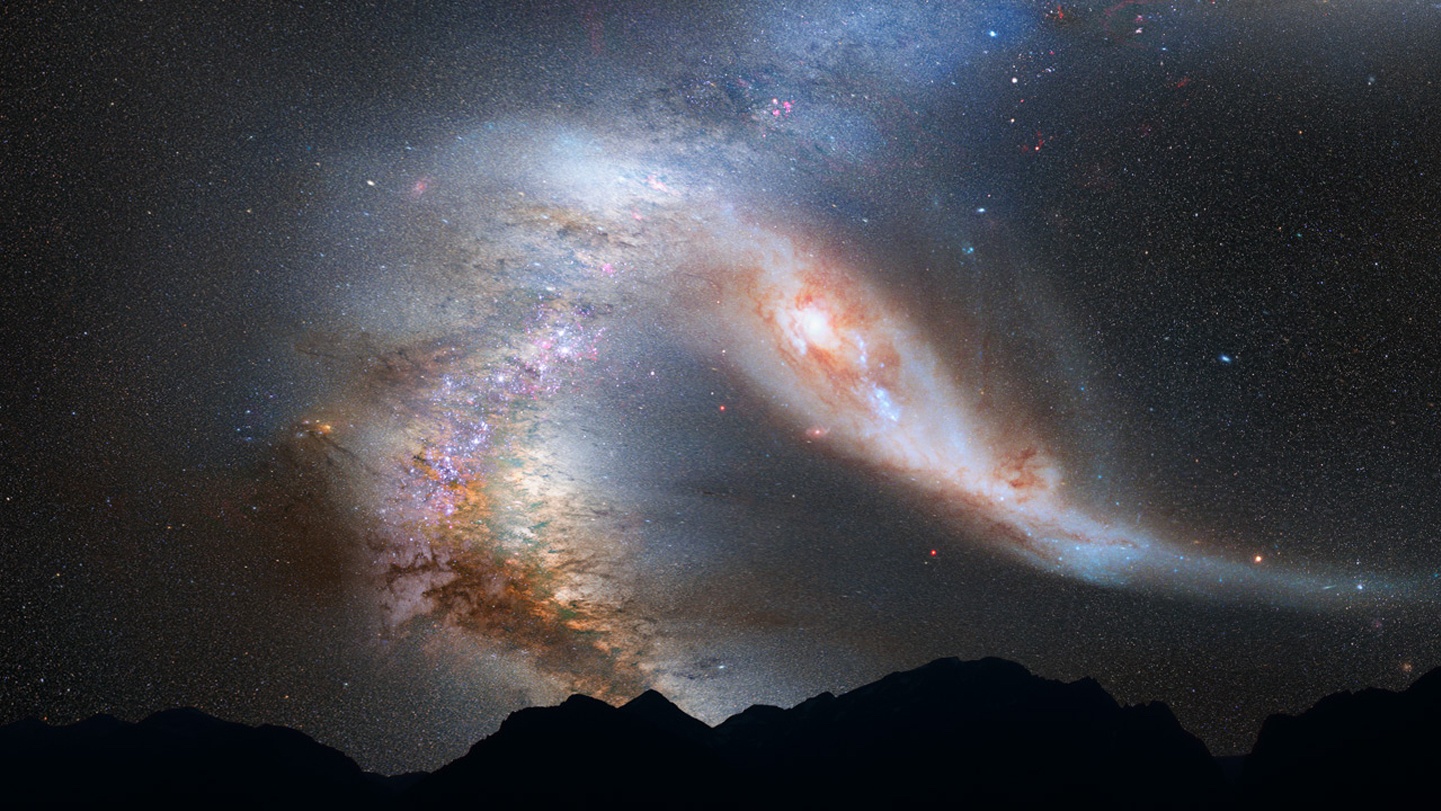 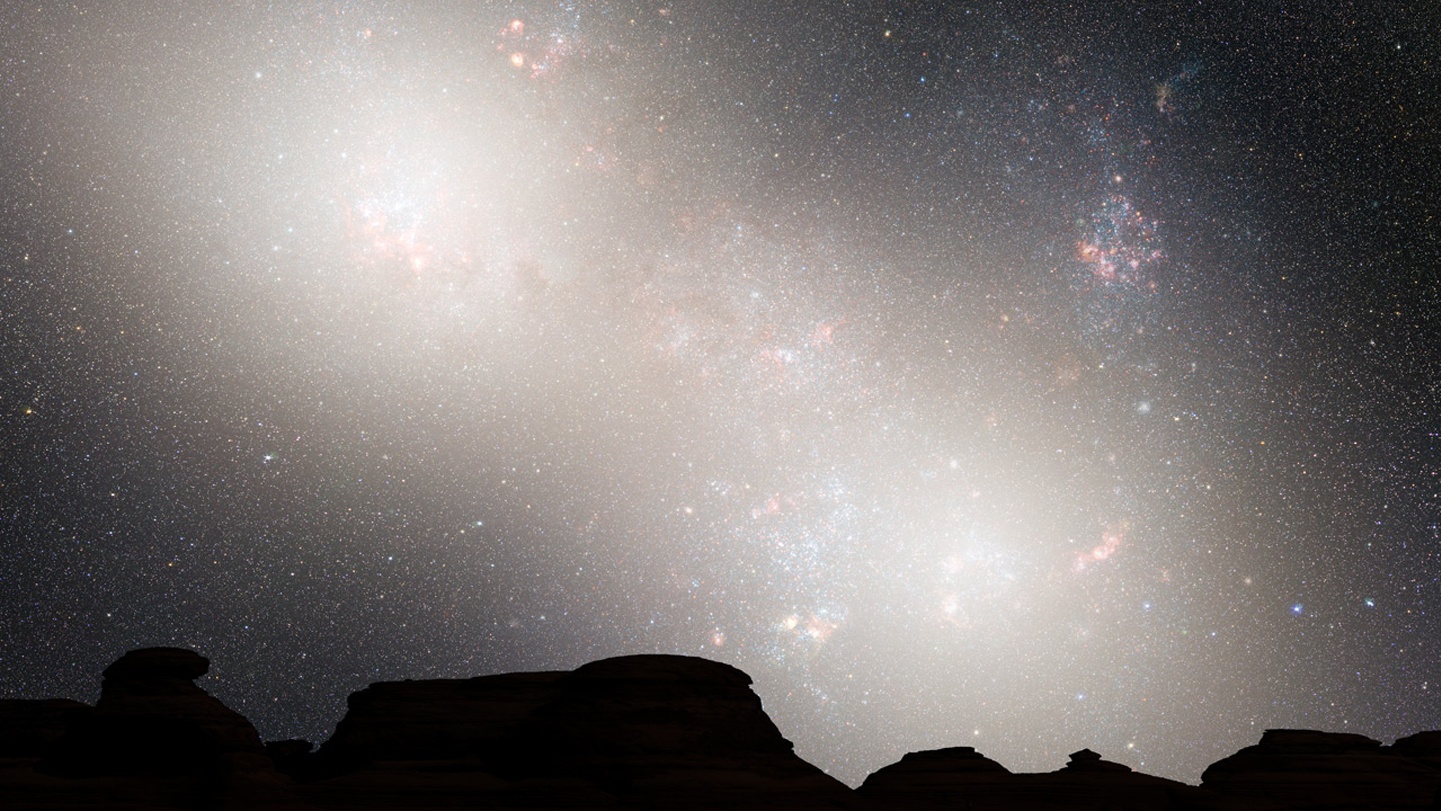 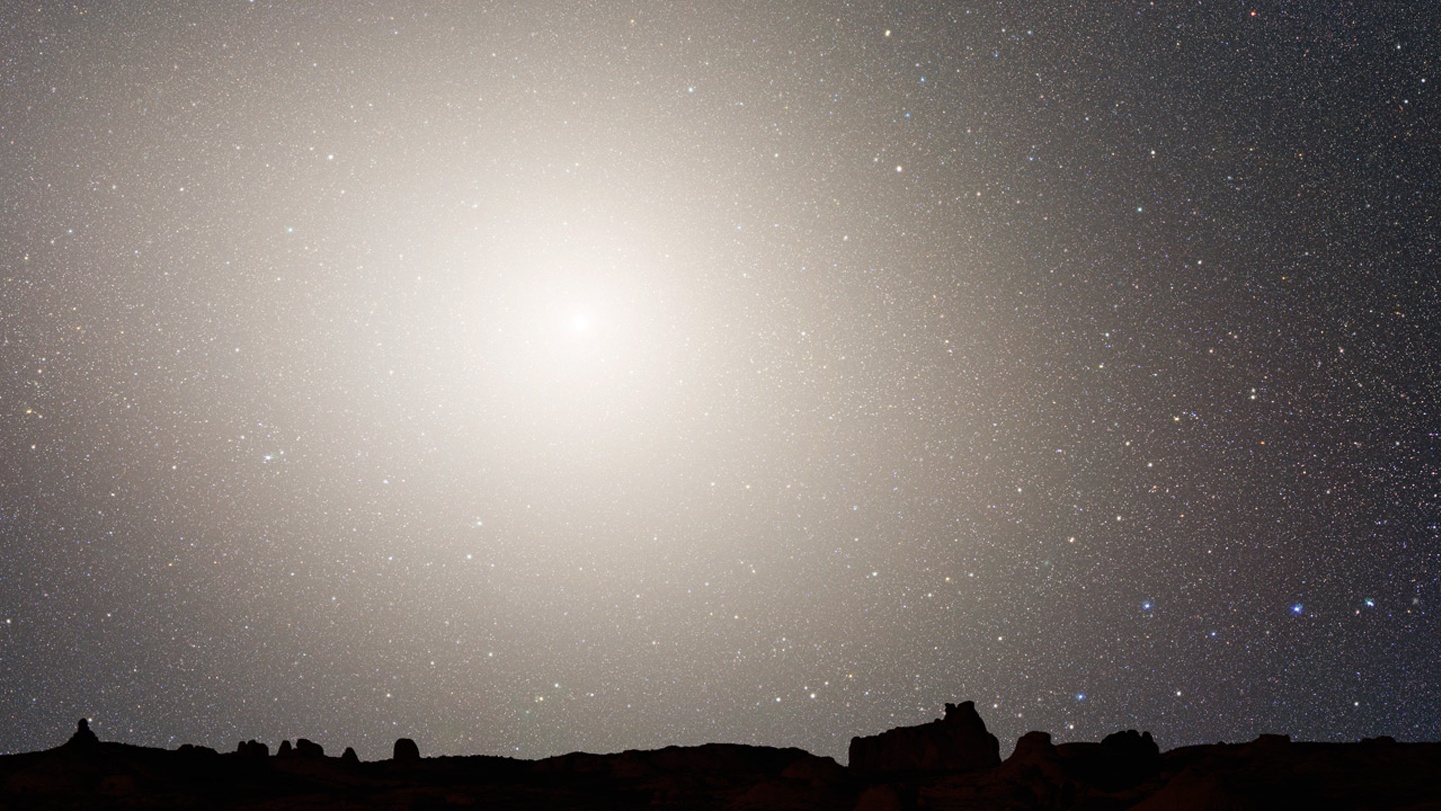 Two spiral galaxies, Andromeda and our Milky Way, hurtle toward each other at 250,000 mph, making Andromeda appear to grow larger.

Filling the night sky, the two galaxies' shapes begin to be distorted by their mutual gravitational pull.

As stars of the two galaxies pass each other, colliding gas ignites storms of star formation.

The galaxies pass each other, emerging from their first close encounter with warped shapes.

The galaxies’ spirals of gas and dust are depleted from star formation, leaving behind two bright cores.

Milky Way and Andromeda are now merged as one huge new elliptical galaxy of mature stars.

A Story Of Interacting Galaxies: Future of the Milky Way

Galaxy observations today can be used to predict their changes in the distant future.

Galaxies are the universe’s cities of stars, and, like cities they change over time in population, structure, and appearance. Galaxies that interact are drawn toward each other by gravity, and, while stars and planets like our sun and Earth can pass by each other unharmed, the gas between stars collides, heating up and setting off new star formation. If two galaxies of relatively equal mass merge together, eventually the gas and dust will be depleted by this process. The new galaxy resulting from the merger will be home to mature stars, but little to no new star formation.

The Andromeda galaxy’s movement toward us was first measured by American astronomer Vesto Slipher in 1912. More recently, the space telescopes Hubble and Gaia have made precise measurements of Andromeda’s sideways motion, confirming that it and our Milky Way galaxy are on a direct path toward each other, and not just a cosmic fly-by. The images in this slider are an artist’s view of how the night sky will look in the distant future, based on current astronomical measurements. Stargazers of the future appear to be in for quite a show.

Also known as: The Andromeda galaxy is also called Messier 31 or M31.

Size: One trillion solar masses (each)

Did you know: The Andromeda galaxy is the closest large galaxy to our Milky Way. Among its estimated one trillion stars is V1, or variable number one, a Cepheid variable star that is credited with proving in the 1920s that there are galaxies beyond our Milky Way, opening up human minds to the vastness of space.

ViewSpace Videos
Above and Beyond: Interacting Galaxies Arp 273

Credits: Future of the Milky Way