Spreading light into a rainbow Full Story Below

Spectrum of the Star Altair Interactive 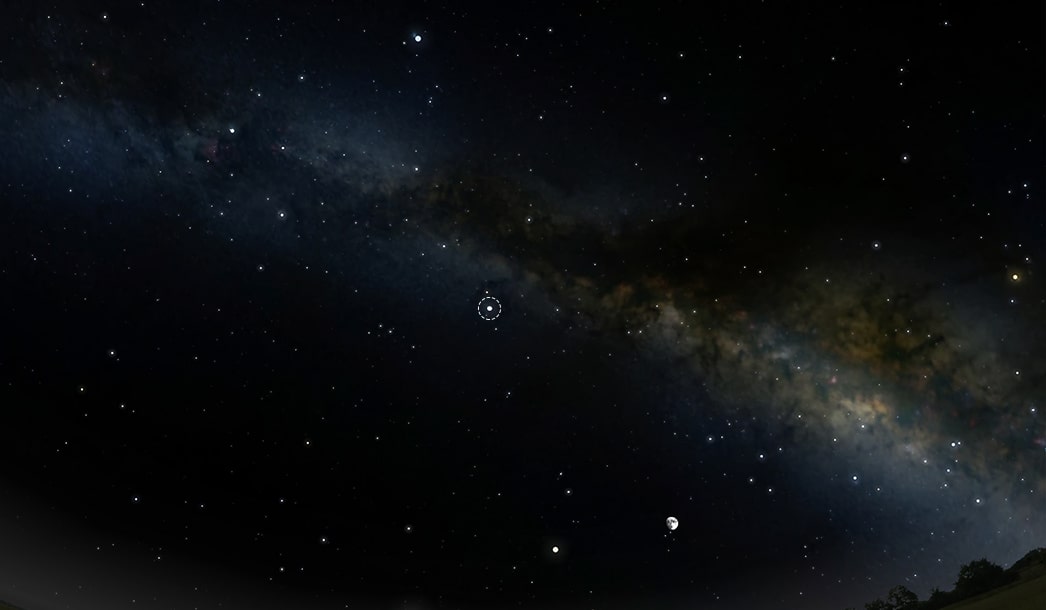 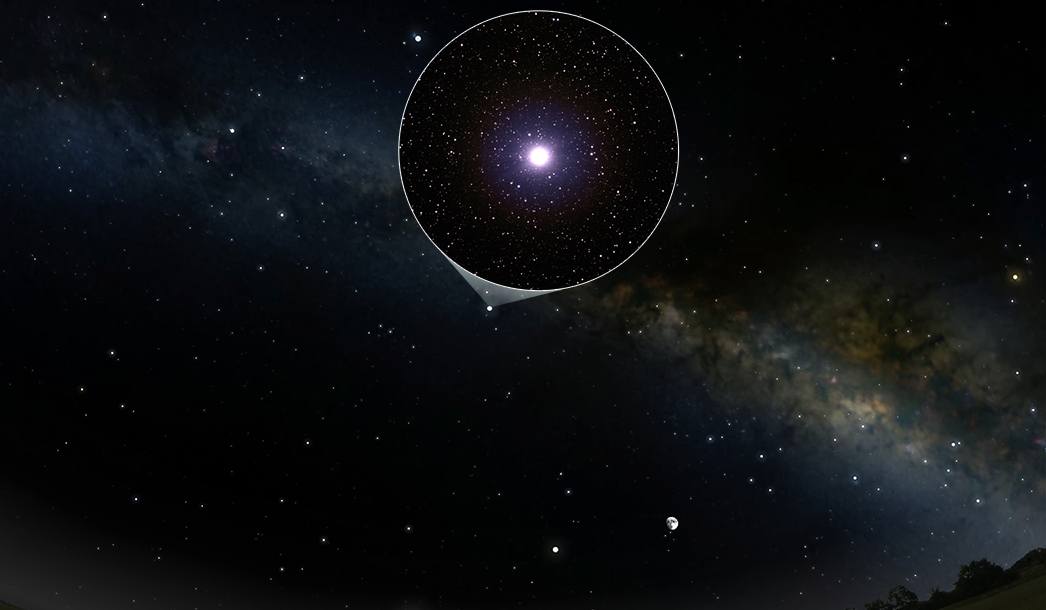 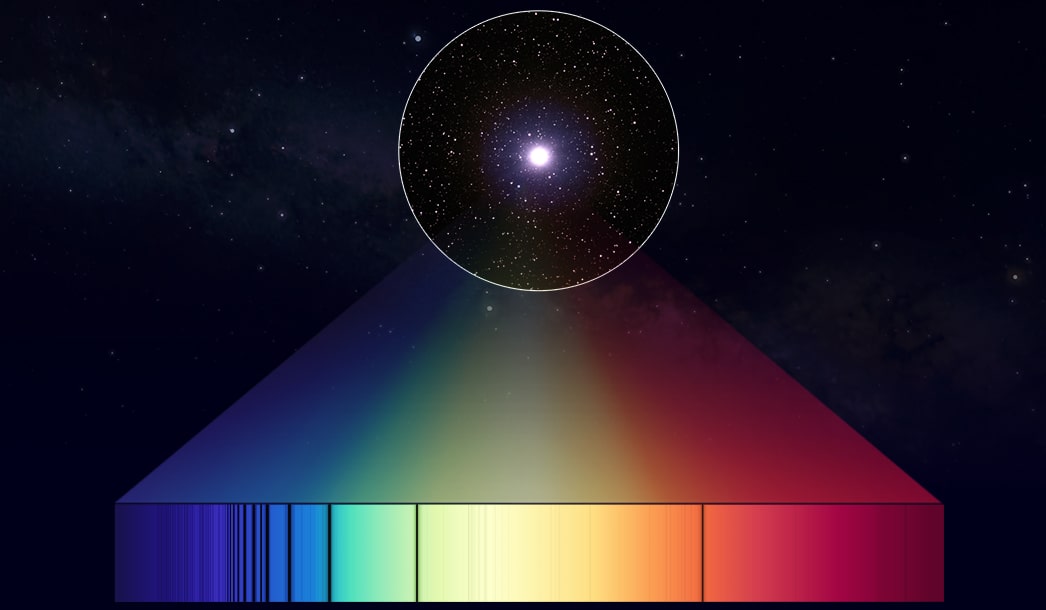 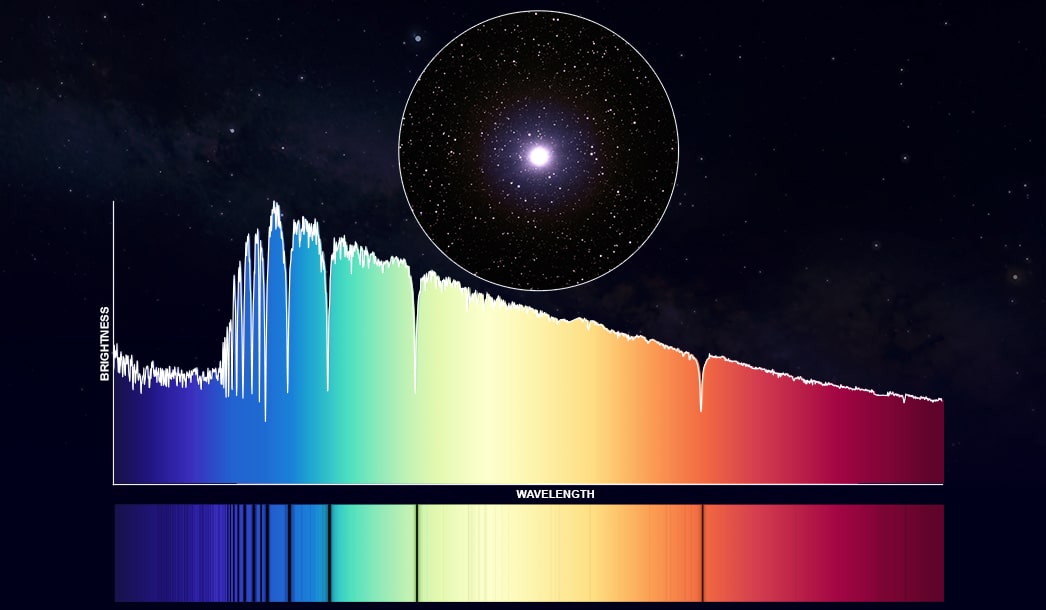 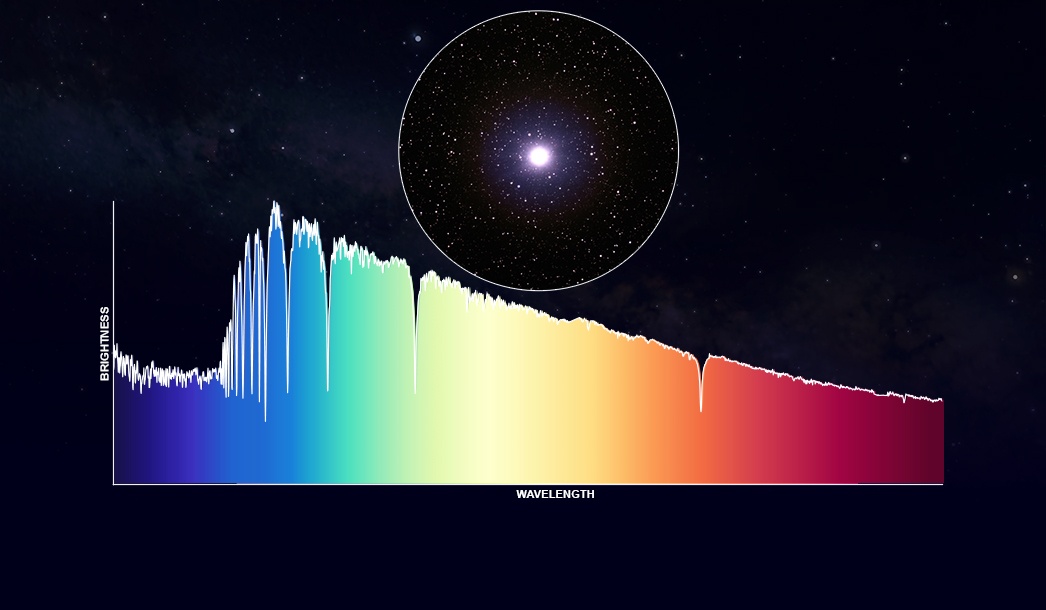 Altair is a bright star visible in the summer night sky in the northern hemisphere.

A backyard telescope shows Altair, a relatively close star with a blueish-white color.

A tool called a spectrograph, which is attached to the telescope, spreads Altair’s light out into a spectrum.

Altair’s spectrum shows that its blueish-white light is actually a mixture of colors of different brightness.

A graph of the spectrum shows exactly how bright each color is.

The brightness pattern gives us information about Altair’s temperature, composition, and motion.

A Story Of Analyzing Light: Spectrum of the Star Altair

Patterns in colors of starlight provide important information about the star.

Almost everything we know about Altair, a bright star in the constellation Aquila, comes from studying its light. We know that Altair is 10 times brighter than the Sun, rotates once on its axis every 9 hours, has an average surface temperature of about 8,000 degrees Celsius, and is slightly flattened in shape.

There are two main ways to study starlight: with images and with spectra. An image captured by a camera attached to a telescope shows us what the star looks like: its brightness, color, apparent size, and shape. An image can also help us figure out where the star is located relative to other objects in the sky.

Most scientific telescopes also include spectrographs, tools used to spread light out into a rainbow of light known as a spectrum. A star’s spectrum shows the individual colors that combine to make up the overall color of the star. A spectrum also reveals small variations in the brightness of these different colors. The brightness pattern provides additional details about the star, such as its composition, surface temperature, and how it is moving in space.

While some spectral features are obvious in a picture of a spectrum, others are very subtle. It is easy to see that there are differences in brightness, but it is almost impossible to tell exactly how bright or dim each color is. In fact, a picture of a spectrum can be deceiving because the human eye and brain perceive colors like blue as darker than colors like yellow, even when blue is brighter. The graph form of a spectrum is important because it shows exactly how bright each individual color (wavelength) of light is relative to every other color.

Location in the sky: Constellation Aquila

Location in the universe: Milky Way

Did you know: Altair is rotating so rapidly that it bulges out in the middle.

NASA’s Universe of Learning
A spectrum is a rainbow, but not like any you’ve seen

Credits: Spectrum of the Star Altair

Spectrum of Altair based on data from the UVES Paranal Observatory Project, Bagnulo et al., 2003, Messenger, 114, 10