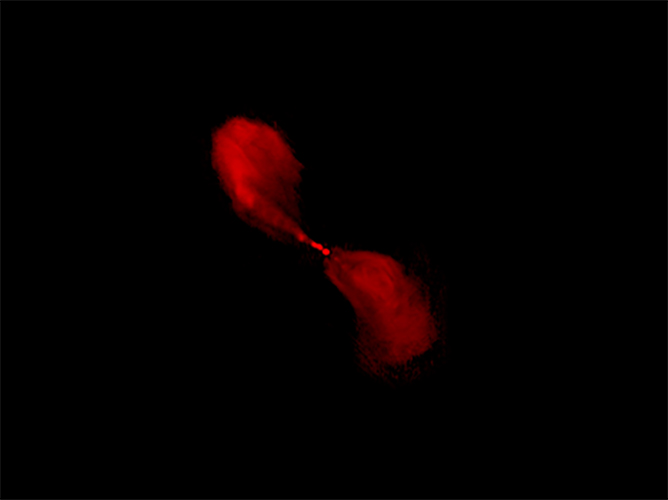 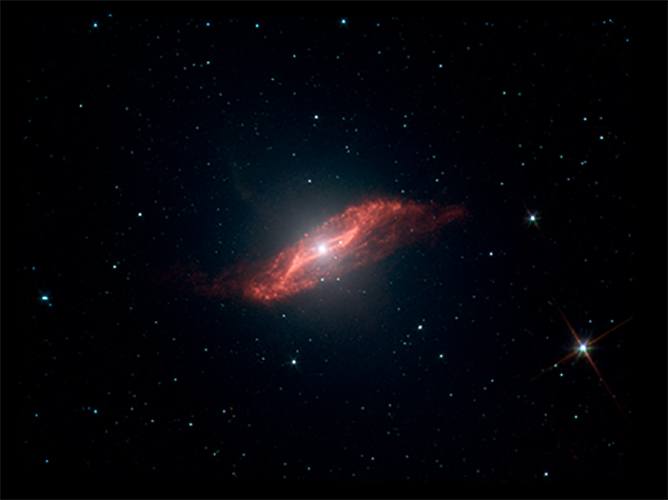 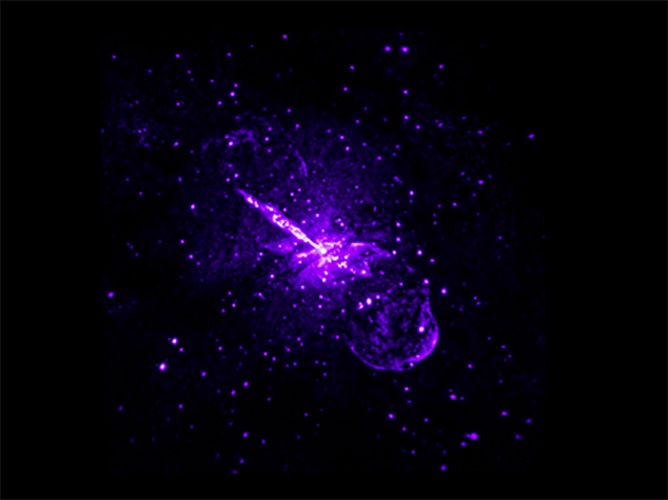 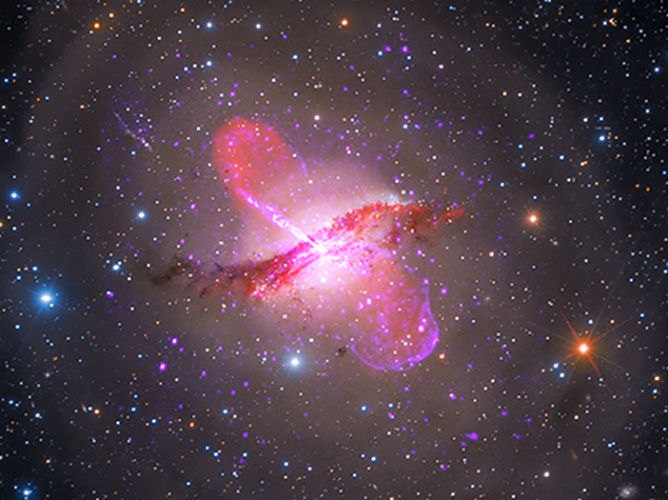 Infrared light highlights the bright area around the supermassive black hole and colder dust where stars are forming.

The wavy dust band in Centaurus A indicates two galaxies are merging, but the dust blocks the black hole in visible light.

In X-ray light, we can spot one narrow jet and see another that ends in a semi-circular shockwave.

By compiling many types of light into one image, we can see the galaxy, and the black hole and its jets.

Studying a nearby supermassive black hole in detail.

Not even a ray of light can escape a black hole. A black hole is a region of space packed with so much mass that its own gravity prevents anything from breaking away. Although we can’t see a black hole, telescopes can observe the material around it. Matter swirling around a black hole, including gas and dust, heats up and emits radiation that can be detected. In some cases, the matter will interact with the black hole to create opposing jets, which can span thousands of light-years into the surrounding space.

Centaurus A’s warped shape is the result of a merger between two galaxies that began more than 100 million years ago. As the two galaxies’ cold gas and dust combined into a giant elliptical galaxy, new stars began forming. It also has a central supermassive black hole that is extremely active and sends out jets of particles in opposite directions. The ends of these jets appear fluffy in the radio view, because they have run into particles in the surrounding space that slow their outward progress.

Since Centaurus A is relatively close to Earth, it has been studied for more than 170 years with telescopes that observe light across the electromagnetic spectrum. These studies have significantly added to what we know about active supermassive black holes. Researchers also use Centaurus A to model galaxies with jets and active supermassive black holes in the distant universe.

NASA’s Universe of Learning
Almost all galaxies have them, but what are black holes?

Astroviz
See how a black hole is created