Goldilocks and the three worlds Full Story Below 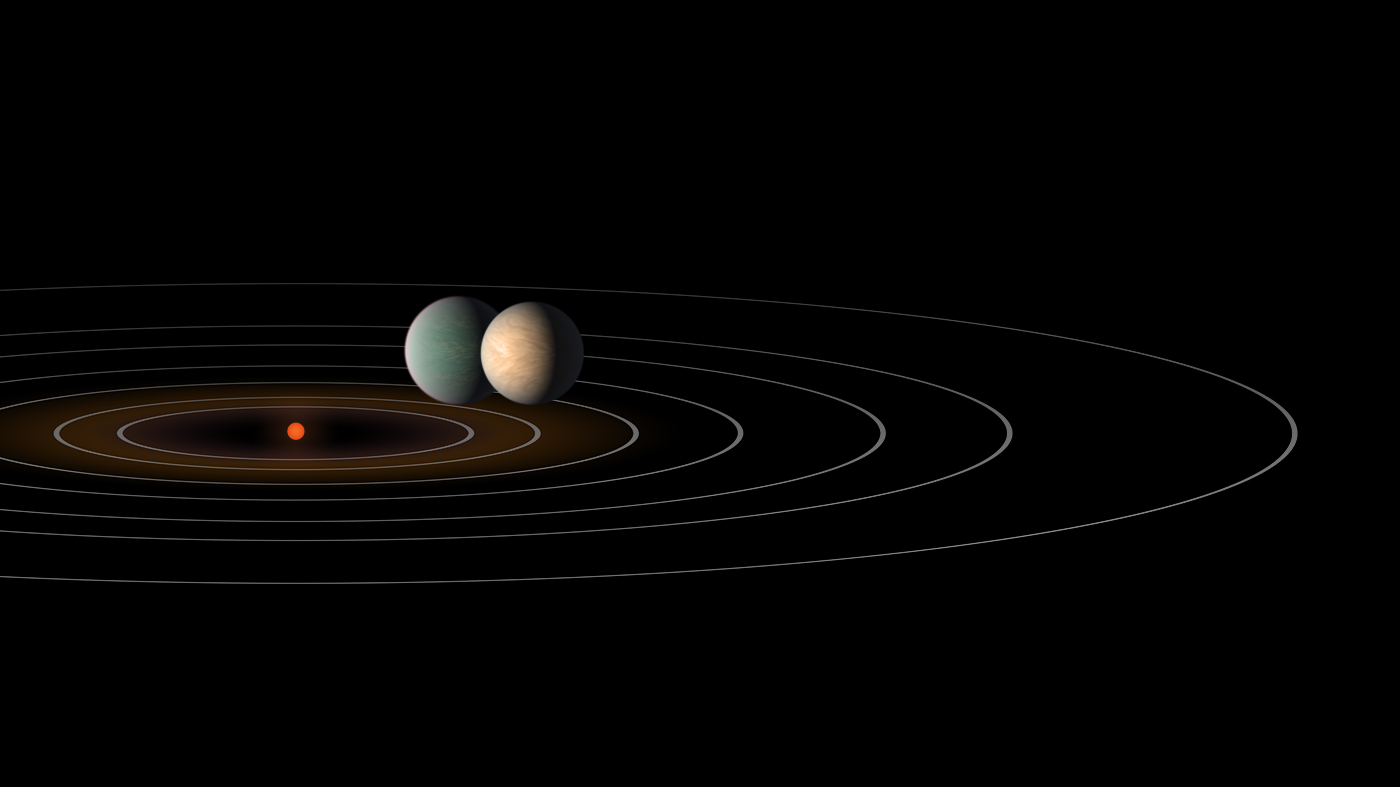 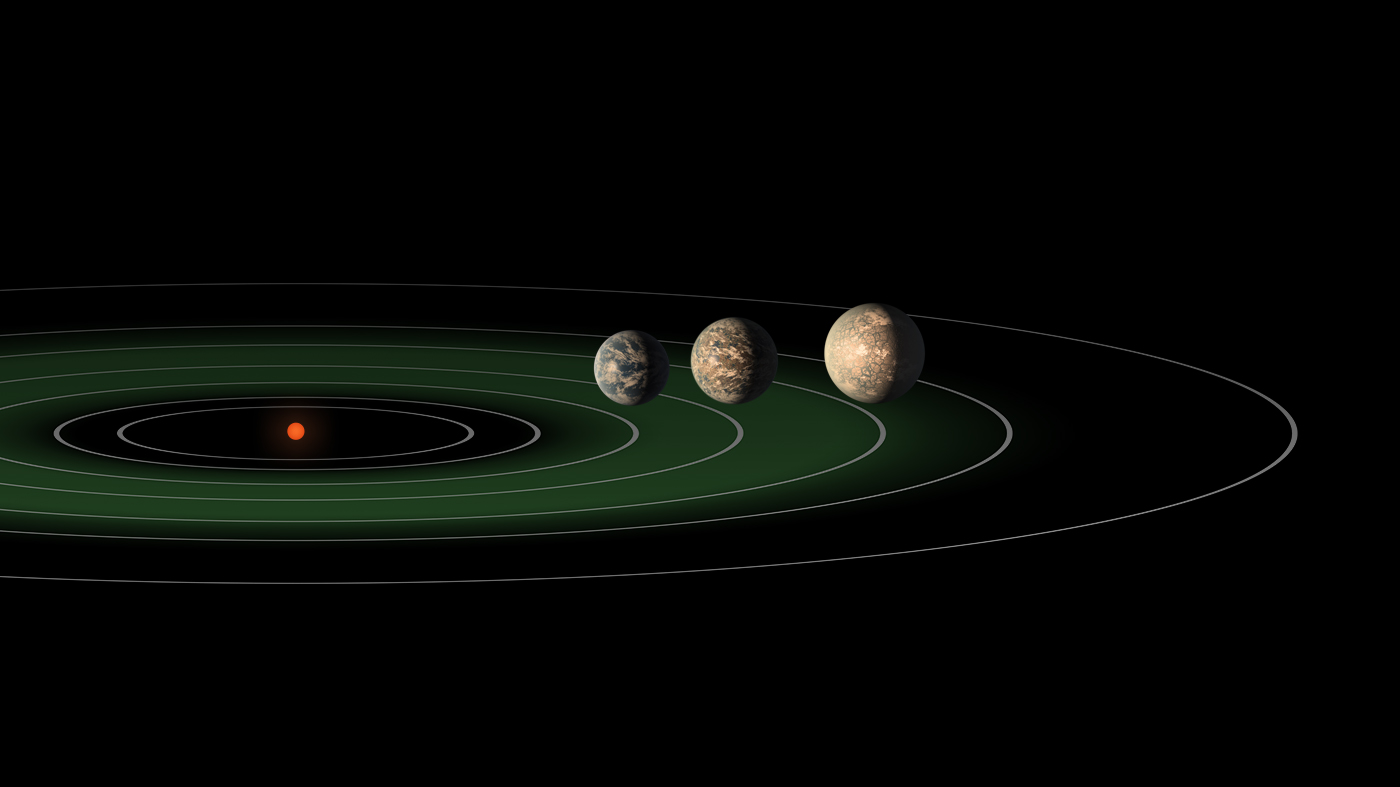 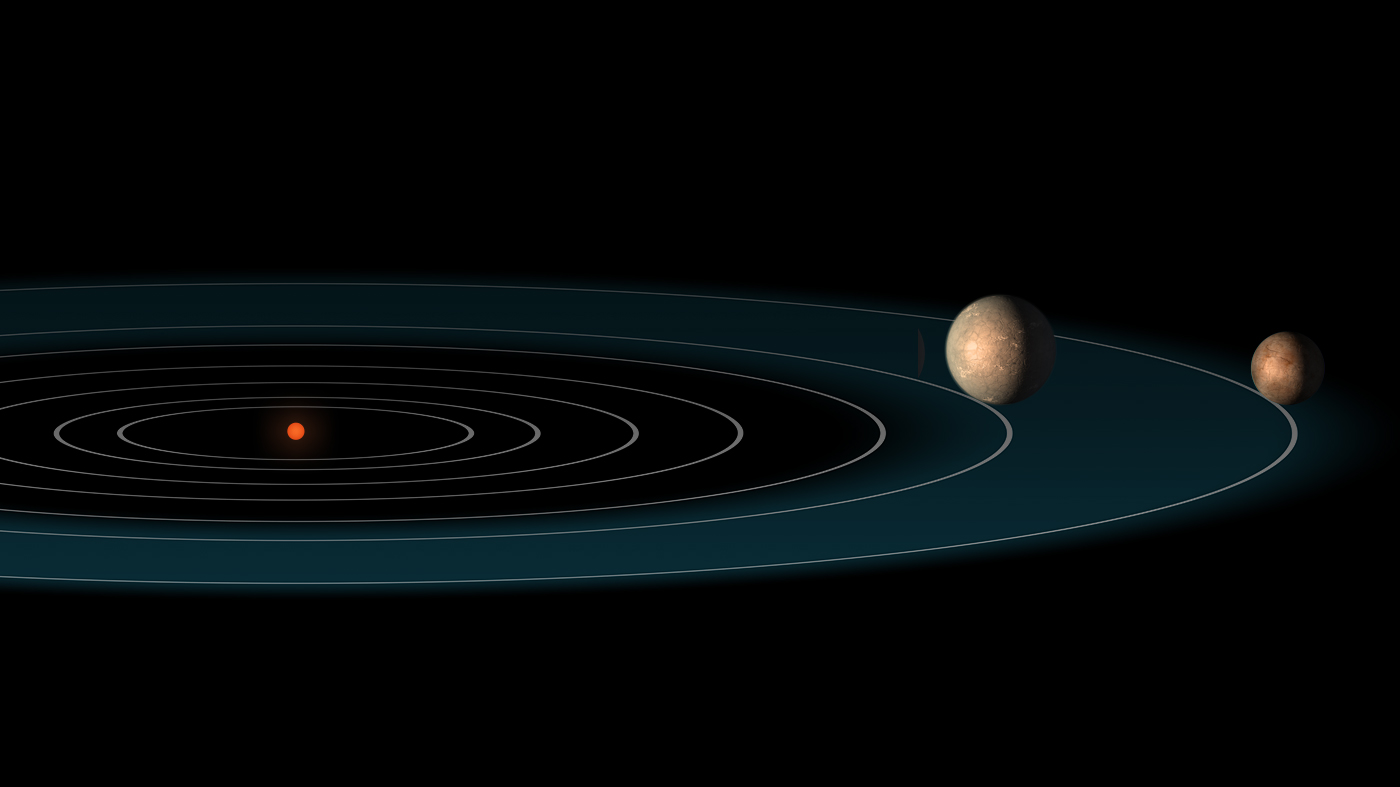 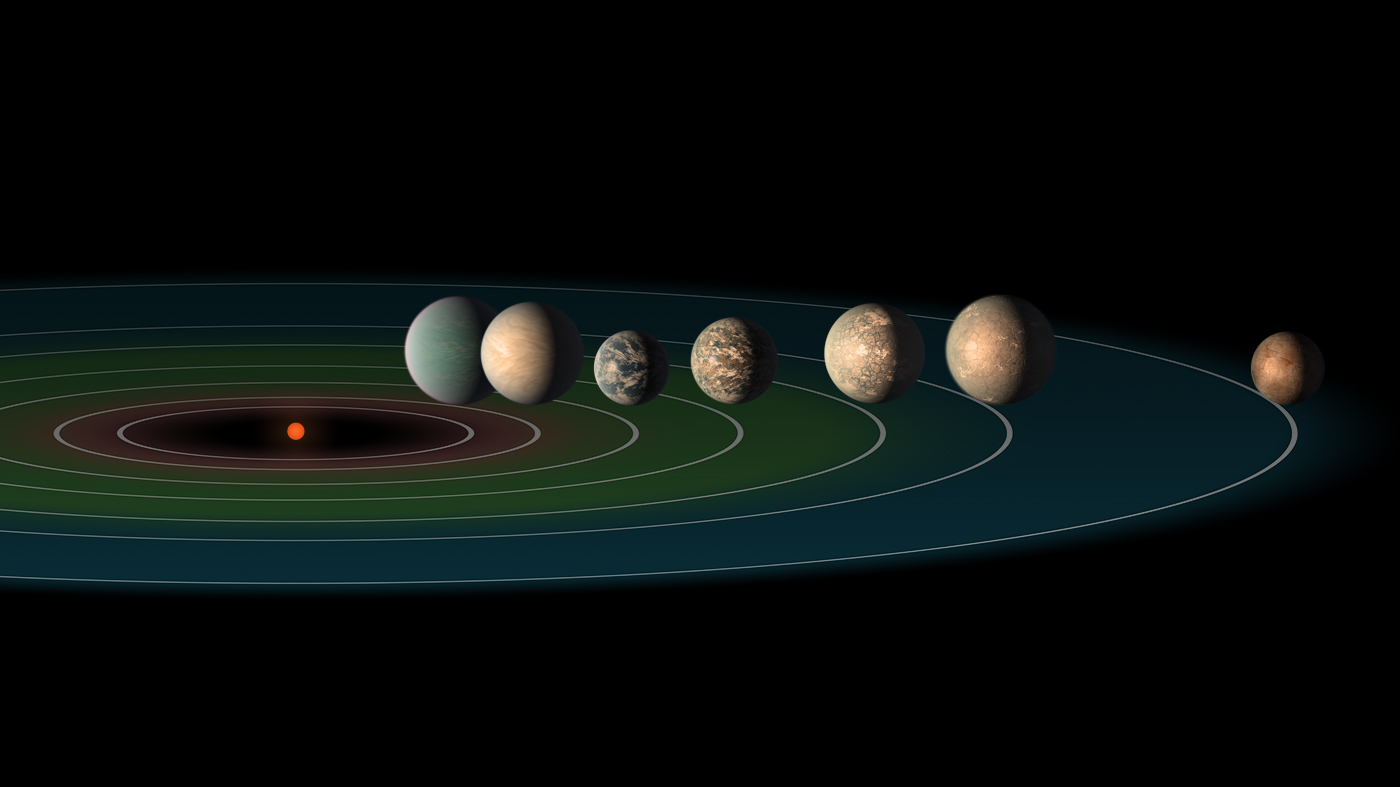 Seven Earth-sized planets orbit the star TRAPPIST-1, but it’s not clear if any are similar to the water-world we call home.

The two planets closest to the star are so hot that any water there would most likely be in vapor form.

Three worlds orbit in this zone—not too close to the star and not too far—where water could take liquid form.

On the two worlds orbiting farthest from the star, it is so cold that any surface water would be frozen as ice.

TRAPPIST-1 is intriguingly different from our solar system, with seven closely orbiting planets, all similar in size to Earth.

Too hot, too cold, or just right?

Researchers have detected thousands of planets orbiting stars other than the Sun. These planets are even more varied than the worlds of our solar system. The stars vary too—some planets orbit cool red dwarf stars while others circle stars much hotter and more massive than the Sun.

Astronomers sometimes refer to the region around a star where liquid water could exist on a planet surface as the “goldilocks zone,” in reference to the British folk tale in which young Goldilocks tastes three bowls of porridge, finding one too hot, one too cold, and finally one that is just right for her. Astronomers put liquid water in the “just right” category because it is the key factor in making Earth “just right” for life, and so far it is the only world we know of with liquid surface water.

At the center of the TRAPPIST-1 system is a much smaller, cooler star than the Sun, and so its goldilocks zone is closer. Where the Sun has only one planet supporting liquid water on its surface (Earth), the TRAPPIST-1 system potentially has three. It is not yet known if any of these three planets actually do have liquid water, but they are the most promising candidates yet discovered. Astronomers and artists worked together to create the planet surface images shown above, which are based on detailed data from telescopes but also include some imagination; our telescopes are not powerful enough to actually see the surface of planets outside our solar system.

Size: The seven planets of the TRAPPIST-1 system could all fit easily inside the orbit of Mercury, the innermost planet of our solar system.

Location in the sky: Aquarius Constellation

Did you know: The TRAPPIST-1 planets orbit so closely to one another that a person standing on the surface of one of these worlds would see neighboring planets looming large in the sky, sometimes larger than the Moon appears from Earth.