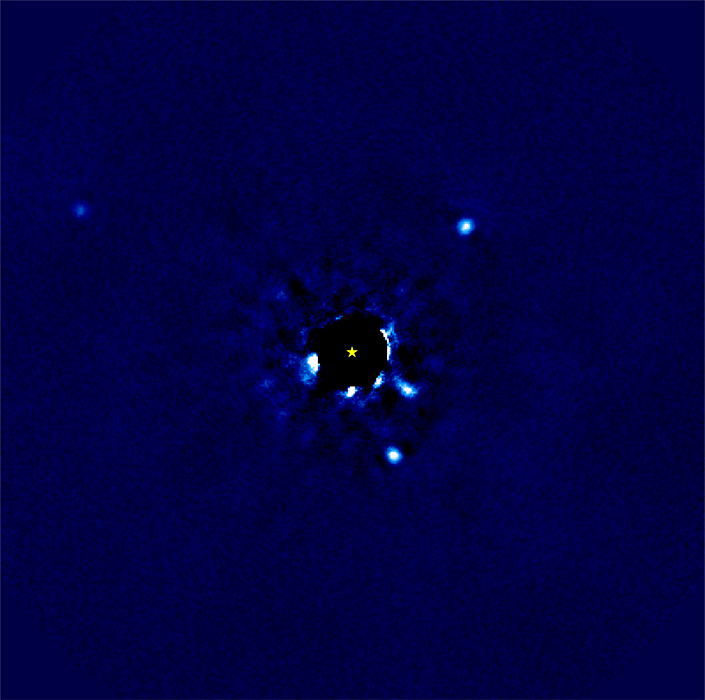 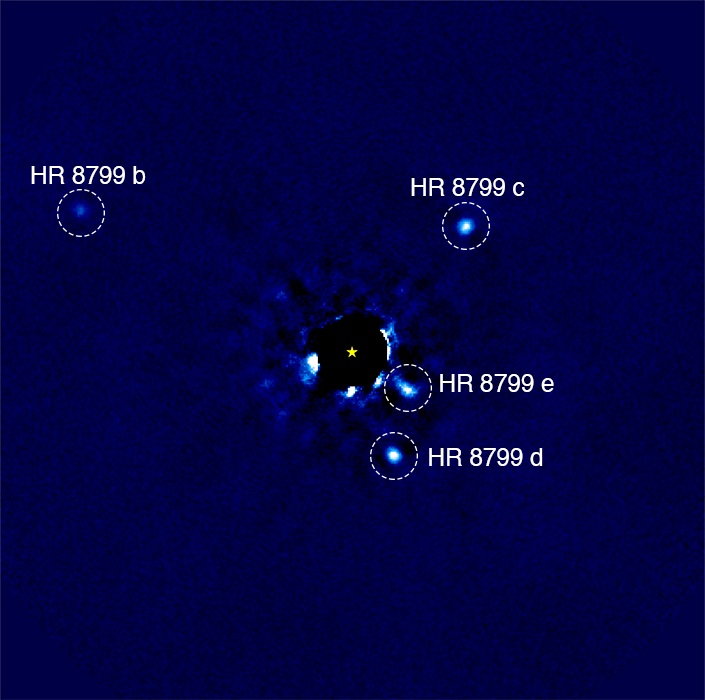 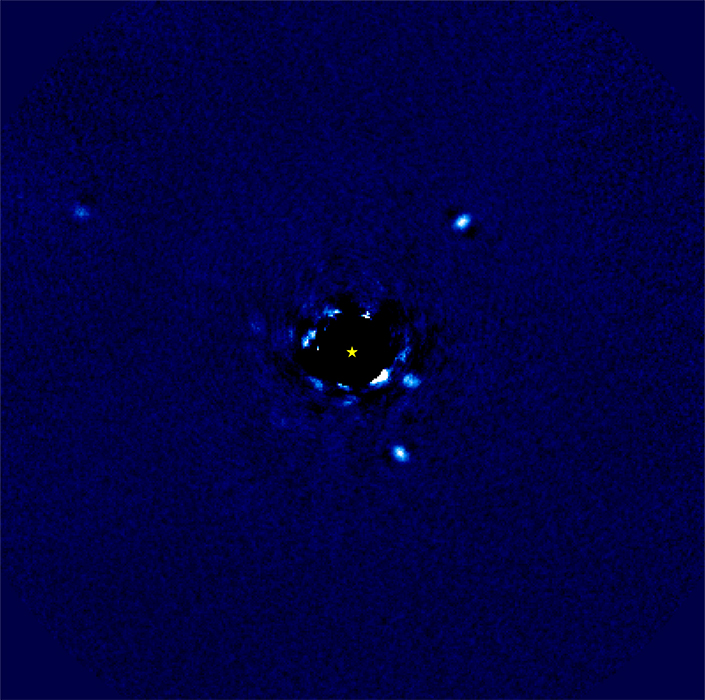 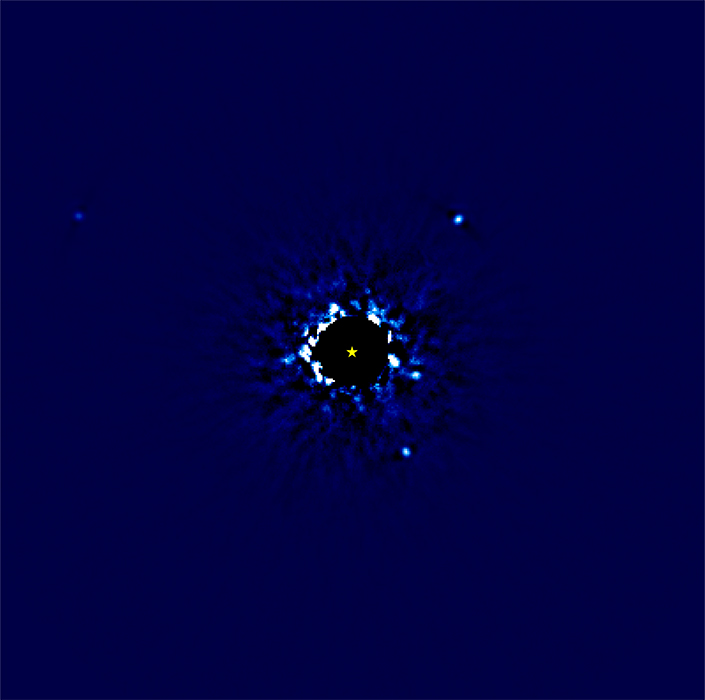 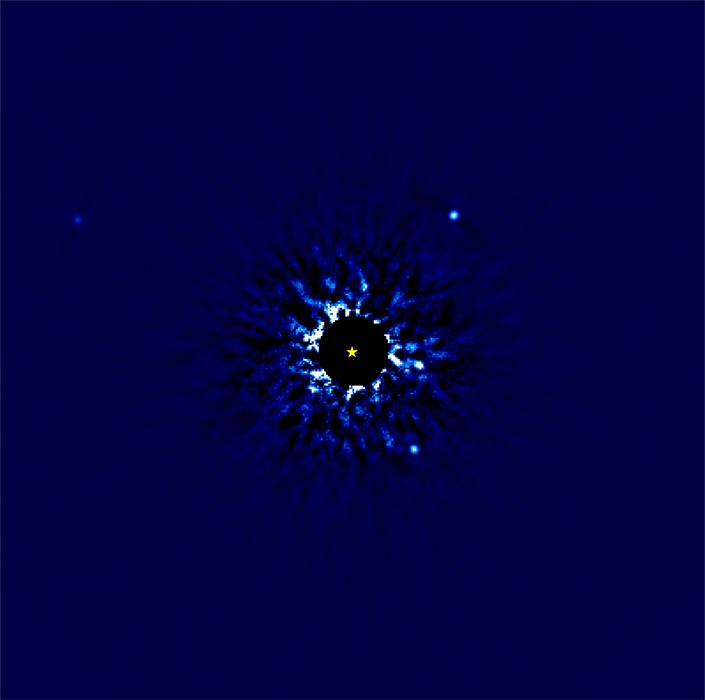 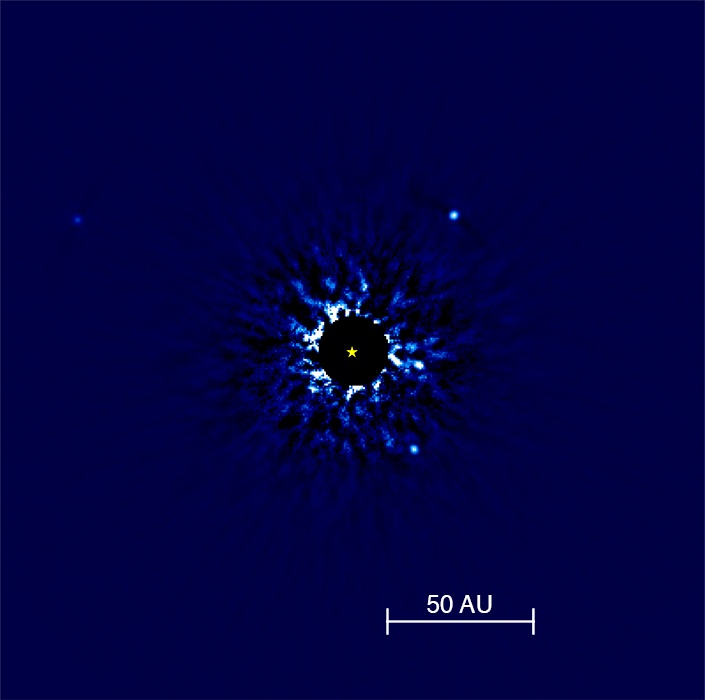 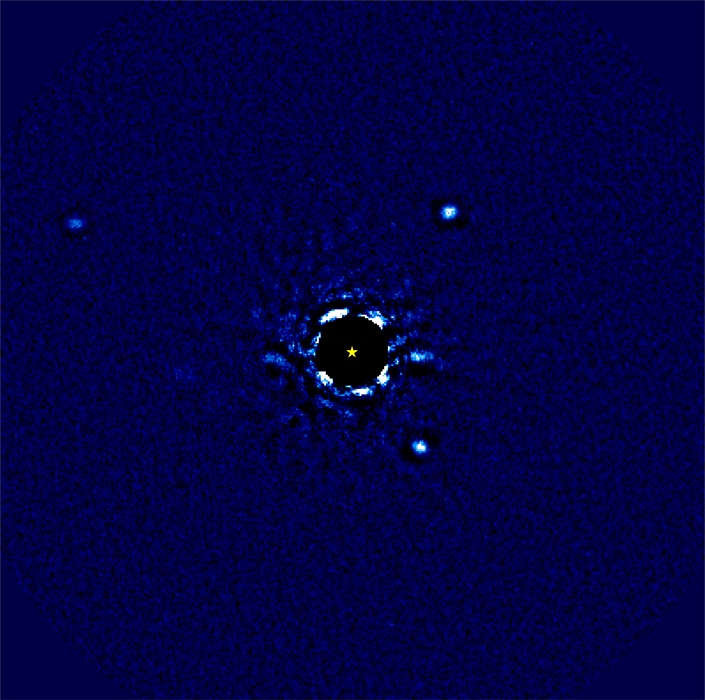 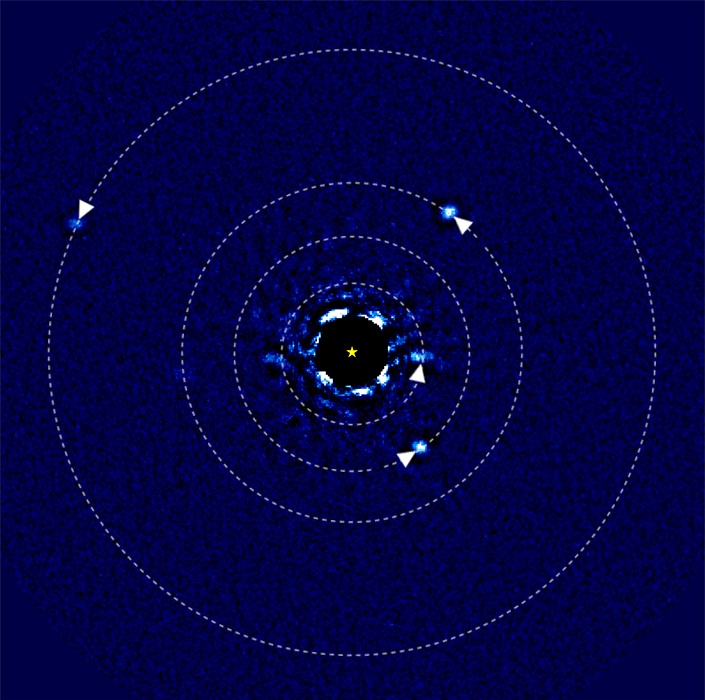 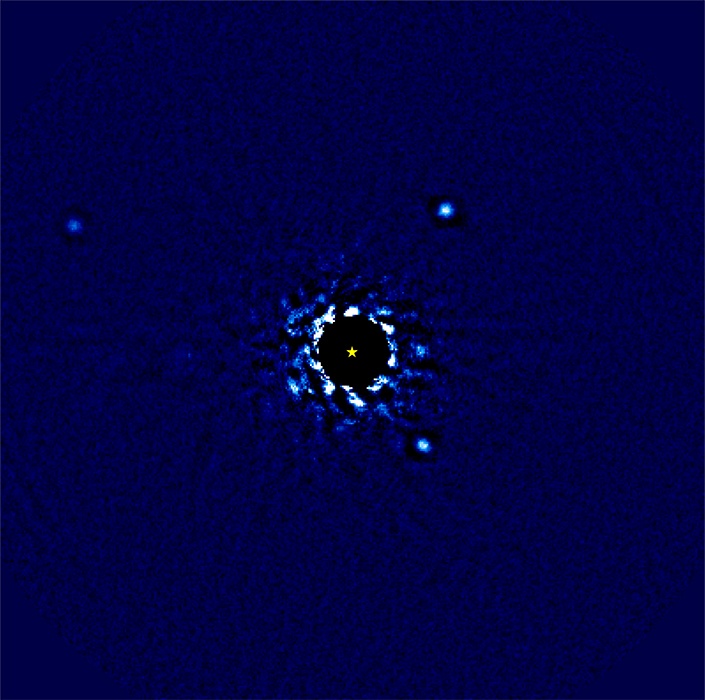 When most of the bright light of HR 8799 is blocked by a coronagraph, it is possible to detect four planets.

The Keck telescope in Hawaii detects heat radiated from the planets in the form of infrared light.

The brightness of a planet in infrared can provide clues about its mass.

With multiple observations, it is clear that this is a planetary system viewed from above.

Direct imaging of the HR 8799 system provides some answers, and also leads to many new questions.

A Story Of Detecting Other Worlds: Direct Imaging

Blocking bright starlight allows us to photograph the faint light of distant exoplanets.

Exoplanets are very difficult to see directly, even with powerful telescopes. Even if the planet is relatively large, starlight overwhelms the light from the planet. Trying to see an exoplanet orbiting a star is like trying to see a firefly next to a big bright search light from thousands of miles away.

However, with a special tool known as a coronagraph, direct imaging of exoplanets it is possible. A coronagraph is essentially an opaque disc used to block starlight, making it possible to see much fainter objects near the star. As of 2020, about 50 planets—roughly 1% of the total number of confirmed exoplanets—have been discovered through direct imaging using coronagraphs.

The direct images of four giant planets orbiting star HR 8799 shown here were captured by the Keck telescope in Hawaii. The observations provide a special “birds-eye” view of a planetary system. By observing the system over several years, astronomers were able to confirm that four of the bright spots are in fact planets. They were also able to measure how far each planet is from the star; estimate each planet’s size and mass; and predict their full orbits. Future telescopes like the James Webb Space Telescope and the Nancy Grace Roman Space Telescope will use direct imaging to find out more about planets like these and to look for additional planets.

Size: All four planets are about 1.2 times the diameter of Jupiter

Did you know: The HR 8799 system is the only directly imaged solar system known to have four super-Jupiter planets.

Explore More About Detecting Other Worlds

Astroviz
5 Ways to Find an Exoplanet